We All Lose When Sergio Wins

I try to like Sergio, I really do, but at the end of the day he’ll always be a giant bag of dicks. He’s a phenomenal talent on the golf course but he’s such a whiny nincompoop about golf, his career, golf gods, etc. that I will never root for him to win. His antics, his complaining, his woe is me…..I can’t take it. That being said, he was the best player on the golf course at the Byron Nelson on Sunday and deserved to be the 2016 champion. 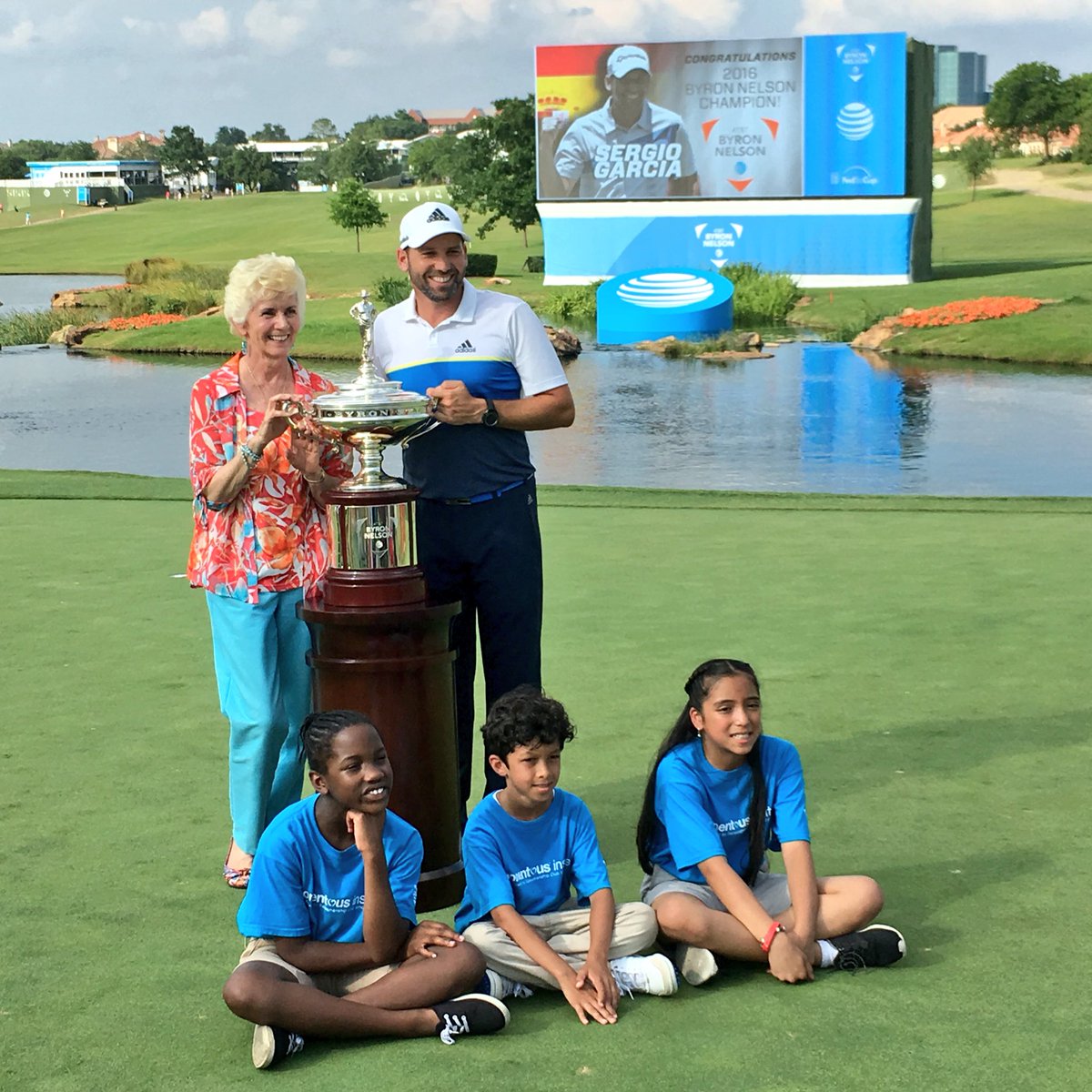 Sergio with his wife and 3 kids

The wind came up and that played right into Garcia’s hands as he needed to make up 3 shots on 54 hole leader Brooks Koepka. Garcia’s piercing trajectory and solid ball striking are made for days like today. Sergio also hit 2 balls in the water during his round and was only 1 over par on the two holes he found the H2O. That’s usually a good sign that its going to be your day.

Sergio didn’t find the winner’s circle on his own. He got some help with Koepka when Brooks made three straight 5s on holes 14 through 16 (2 bogies and a par). His birdie at the 16th while Koepka stumbled behind him is essentially what got him into a playoff with Brooks. Then Brooks gagged on the first hole of sudden death to hand Garcia his 9th PGA Tour win. Amazingly CBS told us this was the 11th time Sergio has been in a PGA Tour playoff. What they didn’t tell us is that he was 4-6 in those playoffs before today. That gives you a bit of a peak at the defeatist attitude that lives inside his head. This was also his first win in 4 years. He last won at the 2012 Wyndham. Nice win today, Serg, fuck you.

Brooks Koepka was supposed to win. Was there anyone not related to Sergio or from Spain that wanted Garcia to get it done today? Ok, I’m sure Darren Clarke and a few Euro Ryder Cuppers had their Sergio flags flying, but that’s it. Brooks Koepka hit 33 of his first 36 greens for the week. He shot 65-64-65 to lead on Saturday night. Destiny meant for him to win, then suddenly the golf gods decided he’d be just off enough on late Saturday and all day Sunday to give Garcia a chance. Damn you golf gods!

Need a no-fly zone when Koepka is teeing off https://t.co/myZohiHxX0

Koepka showed me a lot in defeat, my god does he hit it a mile, but his jumpy nerves in sudden death are a bit scary when you think of him on the Ryder Cup team. He did seem to have a good relationship with Jordan Spieth. You could see them enjoying each other while slugging it around the TPC Four Seasons course looking for their A-games. Perhaps Davis Love saw that too. Koepka would be another bomber on the American squad. Is that what they need? I think he should have to earn his way on the team.

Matt Kuchar finished a shot out of the playoff with Garcia and Koepka. Matt did what he does all weekend at Las Colinas. Fairways, greens, plod, scramble and make a few putts…..big paycheck. There’s nothing wrong with that. Kooch makes a great living doing it. Too bad he has to dress like the dorkiest dad at the PTA meeting. Those Skecher shoes are fucking terrible.

The ones Matty Gosh-Darnit wore looked kind of like those, but I think they were black with the red sole. He wore them with bright blue pants. Fuck me that’s awful. I hope no one reading this has purchased this shit. And oh yeah, Matt needed birdie on the final hole to join the playoff and gagged his tee shot into the trees with the pressure on. There’s another great sign of the future for our Ryder Cup hopes.

As I predicted, Jordan Spieth played well in Dallas/Ft. Worth this week but he didn’t win. He did play….errrr….score well for 3 rounds. I said he’d top ten. I figured he’d start off slow and back door a high finish. He did the opposite. He didn’t hit it great all week but he made putts and kept the ball in play. Turning the fan on to a higher setting can have a funny way of getting in your head if you’re not that confident in what you’re doing. Spieth was just awful on Sunday playing in the final pairing with Koepka. I almost wonder if his poor play and negative attitude got to Brooks. I have no idea what to expect from Jordan going forward. Peter Kostis showed viewers where his swing is off with his feet and his turn. Is that quickly fixable?

The other end of the PGA Tour spectrum is where we find MikeWeir. Captain Canada missed the Nelson cut and exhausted his exempt status as a PGA Tour member. I don’t recall if he was playing on a life time money play or a medical thing, but when he slammed his trunk Friday afternoon he was done. Tweeter Colin Benefiel summed up the end of Weir as we know him perfectly. Turn the volume up a bit for this one.

If you watched the Byron Nelson you know there wasn’t a shot worthy of an SFG.com Shot of the Day award. If you watched the Irish Open you know there were two and they were both from Rory McIlroy. McIlroy was the 54 hole leader. He was paired with current Masters Champ Danny Willett. The final round was played in between weather delays that included hail on the greens. Willett fell off the lead lap and McIlroy sputtered until Russell Knox caught him. Then Rory went to another level. First he torched two shots through 572 yards of the cold, damp weather to reach the 16th green and make an easy birdie to take a one shot lead. As if that wasn’t enough. Up 1, last hole, from the fairway, Rors did this to slam the door on his home championship:

The shot of a champion. https://t.co/7EpcJKAbWH

How does he even walk around with that big of a set between his knees? Of course he knocked in the eagle putt and won by 3. No big deal. Look out Oakmont.