The Shutters 2015: Golf’s Whiny Bitch Of The Year

An Award Show Unlike Any Other

Awwwwwww yeah…..its that time of year again…..time for me to dish out the SFG year end awards for the world of golf. If you’ve missed them before, prepare yourself for a few bowls of hate, some actual compliments to those that did it right, and even more praise for folks that golfed their ball. Round of the Year, WAG of the Year, Player of the Year….they’re all up for grabs. I’m the judge and the jury, but your input counts plenty. So speak up, vote, and leave a comment for fuck sake. 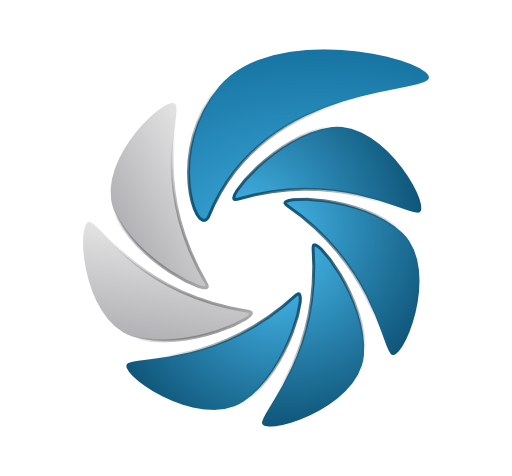 Now we begin, grab your seat, it is time for me to announce my Whiny Bitch of the Year (with respect for golf). The nominees are:

Billy Horschel, PGA Tour member – I like Billy. I like every thing about him. He’s fiery. He wears fun Ralph Lauren pants that I don’t have the balls to wear or buy. And he’s going to be a Ryder Cup stalwart for the next 5 matches. That being said, Bill makes my list of nominees for this unfortunate award because of what he did and said at the U.S. Open this year. Yes, I realize the entire field (it seems) took shots at the USGA, Chambers Bay, and the greens they were forced to play. I probably could nominate several of our golfing heroes for their comments from June. I’ve singled Billy out because of what you’ll see in the following clip.

He took it to another level. And he swung at the greens in disgust. That behavior isn’t a crime, but it sure makes you look like a cry baby bitch. Everyone had the same conditions. The greens blew dick. But there’s was a sizable purse and the label of a major champion available for the winner. Nicklaus liked to think that at U.S. Opens, the guys complaining were out of contention before the championship began. That happened to Bill at Chambers Bay. Hopefully he learned something from this experience. He did apologize profusely on Twitter for what he did. Maybe I’ll give him a break.

Stephanie Wei, Golf Blogger – Here’s another nominee that I would like to give the benefit of the doubt to, but that just isn’t what this site is about. I don’t like to trash other bloggers but I think Wei is well beyond simply being a blogger these days. Just ask her. She has credentials for every tour event she wants. Errrrrr…..she used to. Still, having access means you’re now a journalist. It also means you have to play by the rules of the event you’re covering. Ms. Wei was warned by the PGA Tour a few times to stop Instagramming video of practice rounds. Then she went ahead and did the same thing with Periscope at the WGC Match Play at Harding Park. Those are Tour no-no’s because of the huge money paid for Tour TV rights. Monday footage or not, it doesn’t belong to her. She didn’t give a fuck and kept trying forcing the Tour’s hand to snatch her pass.

Then she went ahead and complained about it for months. Ugh. You broke the rules. You might think they’re dated and don’t apply, but that isn’t up to you. Stop complaining about it. As if that weren’t enough, Wei also complains about how women are treated in her field constantly. I have to think she’s dead on accurate about her treatment, but at the same time, one that uses their sexuality to gain readers, attention, access, etc. is a bit of a hypocrite if she’s complaining about treatment.

Hey, I’m not saying treating women poorly is right. No, no, no…I’m simply saying, being a hypocrite as I think she is makes her a candidate for this award. Thinking PGA Tour broadcast rules don’t apply to you and complaining about your punishment is the real kicker. And this is coming from someone who generally likes Wei’s takes, unless she makes them all about her.

Ian Poulter, PGA & European Tour member – Poults could make my list for this award every year. Fuck it, I should give him the lifetime achievement award in this category. First, he blocked me on Twitter for what? I do insult him a bit and call him awful things, but he should have thicker skin. Second, he nearly one-upped Billy Horschel in his quest to insult Chambers Bay and did so before he even stepped foot on the golf course.

Well several players have played Chambers Bay in prep for US Open. The reports back are its a complete farce. I guess someone has to win.

Typical Poulter. He even challenged one of Chamber’s architects who chimed in on that argument. Ian has an excuse for everything. Just last week he nearly fucked up his schedule so badly that he could have been left off the Euro Ryder Cup team in 2016. He had to blow someone with the Euro Tour and jump a flight to Hong Kong just to fulfill his playing requirement as an ET member. Let me remind you that Ian is the type of guy who will blame a fan for a shank he hits on the back 9 while in contention on Sunday in a tournament. He sucks. Period.

Suzann Pettersen, LPGA Tour Member & European Solheim Cup Team Member – Sue is a bitch of a competitor in her own right. Unlike Ian Poulter, she actually has a career and is a threat to win any given tournament outside of team match play. She also likely has a bigger cock than Poults, but that doesn’t have anything to do with this segment. Big Sue earned her nomination for her actions at the Solheim Cup in September. In case you missed it, Pettersen and her teammate walked off the 17th green of their match after the American team missed a putt that would have won the hole. The Euro’s actions and American Allison Lee mishearing a comment from the Euros made her think the putt to halve the hole was conceded and she picked up her ball. After the dust settled Lee and Charley Hull (Europe) were left in tears while Pettersen stood by her guns and refused to concede or admit her team conceded the putt.

The Americans lost the match, but rallied to win the Solheim Cup thanks to Pettersen pissing them off and providing Sunday Singles motivation. Pettersen apologized for her behavior after the Euro loss but the damage was done. She looked like a complete cunt in how she behaved and how little sportsmanship she showed. And of course she apologized. She lost. And I’m sure her sponsors (cough….$woosh….cough) influenced her to do so. She even told the public that Phil Mickelson spoke with her on the phone to talk her through her crisis. I don’t know what FIGJAM told her nor do I care. She acted like a jackass on that green. There’s no going back. She very much earned her nomination for this ‘award’.

I like Wei and Horschel being nominated. Hopefully they learned something from how they acted. Poulter….why waste space on this page? Pettersen……yup, there’s my winner. For every reason I listed above, she earned the 2015 Shutter for Golf’s Whiny Bitch of the Year. And don’t give me any shit for calling her a bitch. That has nothing to do with her gender. It has everything to do with how she acted. She fucked up bad and I don’t take her apology to mean much. Fuck her. Here’s your award, Sue.

Did I get it right? Maybe. Maybe not. My wife will tell you I do get things wrong….often. Let me have it. Leave a comment and hit the poll.

Stay tuned for more Shutters. Round of the Year will be the next category. Let me hear your nominees.

5 Responses to The Shutters 2015: Golf’s Whiny Bitch Of The Year