You know Ivor Robson, even if you don’t. You know him because for 40 years he’s sneaked into your television and been the voice of the Open Championship, from Carnoustie to Birkdale to Muirfield to Turnberry to Saint Andrews, Robson has been there…..the entire fucking time. Ivor is the starter that the R&A uses to announce each ‘game’ on the first tee. Yeah, this guy, with the funny voice:

I’m a fan, and I said so last year during the Open as well. Ivor is unique and makes the Open feel like, well…. the Open. This year at St. Andrews Tom Watson will say goodbye to the major he’s won the most. Mr. Robson will be doing the same after 41 years on the job. He’s not just there announcing games, he’s doing it non stop. He typically works 10 hour days during Open week. He’s never missed a single game on the tee and he usually goes without a bathroom or lunch break through his shift. Tonight before bed he had a sandwich and a glass of mineral water. He likely won’t eat until after he’s announced the last game on Thursday. This is a focused performer.

Do yourself a favor on Sunday, tune in early enough to catch the leaders go off the 1st tee, and take in Robson for the final time. You’ll witness golf history, and there will never be another like him.

The big story of Wednesday in Scotland is the pending weather for Friday. The forecast calls for wind gusts in the 40 mph range late in the afternoon. This means that players with early Thursday/late Friday tee times have the worst part of the draw in the British Open. More often than not the weather and the draw you get at the Open decide your fate more than your golf game does. The bad end of a draw can be a 4 shot difference (or more) through 36 holes. 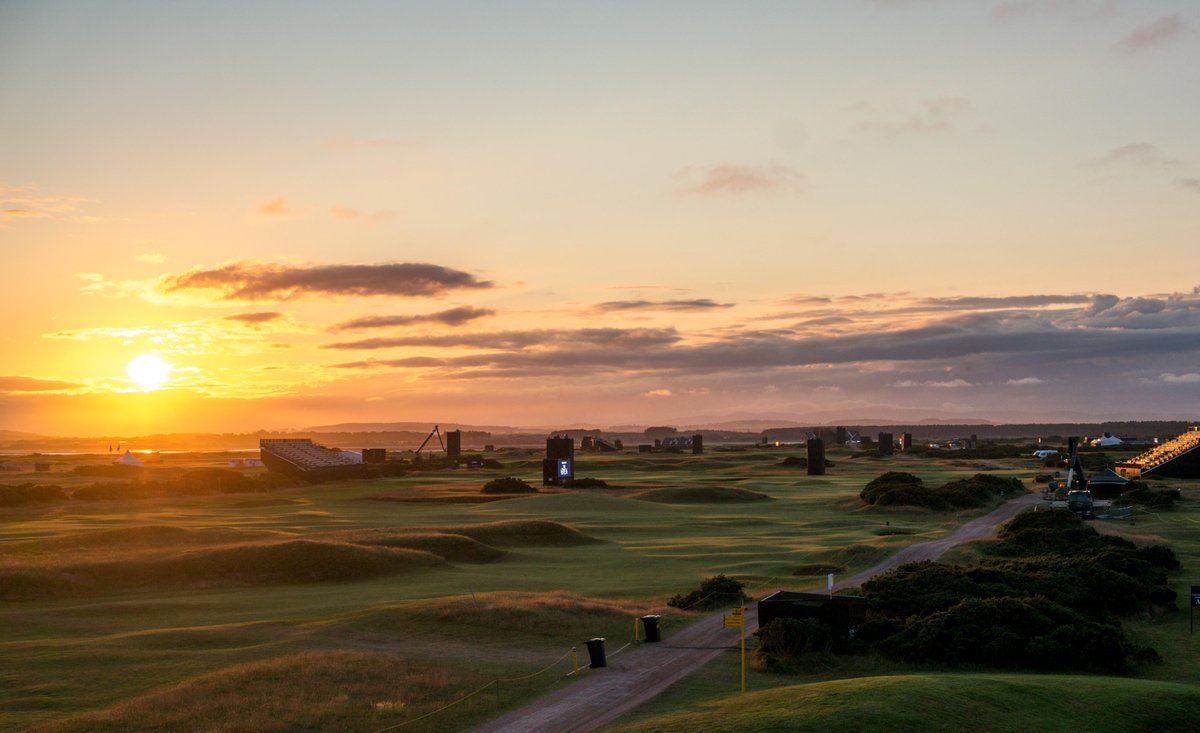 Jordan Spieth is scheduled to play late on Friday. Rickie Fowler has the opposite side of Spieth’s times. That is the rub of the green at the Open. Just ask Tiger. He took the wrong end of it at Muirfield in 2002 after he won the Masters and the U.S. Open before crossing the pond that year. Maybe it won’t matter, perhaps the forecast will change, but my hunch is that if the golf gods want their say in Jordan Spieth’s slam attempt they’ll get it.

Nothing Better Than (The) Road Hole

Every five years I tell myself I’ll make it to St. Andrews some day. The home of golf, the charm of the town, the history, the Jigger Inn…..why not go? The Old Course has plenty of quirks, charm, and history, but the thing that draws me to it the most might arguably be the hardest par 4 in golf, the 17th hole. The Old Course’s 2nd to last hole is also known as the Road Hole, but you know that. The romance of the hole starts with a tee shot that must be played over the corner of a portion of the Old Course hotel that jets out on to the hole between the tee and fairway. That wall is in play, but you almost never see a professional hit it. Your blind tee shot must then land in the most narrow fairway you can imagine with hay on both sides and a hellish wind blowing the ball out of your control.

And that is only the beginning. Your approach to the green, if playable, must then navigate around the Road Hole bunker that is too deep for most hacks to dream about escaping. Playing safely to the right like most do (think 11 at Augusta) brings a quirky bounce into play off the road the hole is named for. Watching players play shots from the road on to the green is fun enough in itself. Watching them bounce shots off the wall and on to the green is even better. The Mechanic shows us how its done:

Par is earned at 17. A birdie gains 1.5+ shots on the field, but playing for 3 brings 6 or more into play more often than not.

What a brilliant hole. I can’t wait anymore. Bring on the Open.