Holiday Or No Holiday, The Musings Must Go On

Forget the fact that Rory McIlroy missed the cut last week in the Euro Tour’s BMW Championship at Wentworth. He has. Rors has moved on because he’s playing in the Irish Open and that’s a pretty big deal to him. Its a big deal because it is his home country’s championship, its being held at Royal County Down, and he’s wearing four pairs of shoes designed by kids. Why is that a big deal? You see, Rory and Nike allowed kids who’s lives have been impacted by cancer to design shoes for Rory to wear. McIlroy selected 4 winners, and now he’ll actually put each version of the Nike Lunar 3 model on while playing this week.

Awesome. And the winning designs he picked are very unique. Nike is making them available for retail soon and a portion of the proceeds will go to Rory’s foundation. A portion? Why not all sales Phil Knight? I guess the $woosh has to get theirs too. And Phil, if you’re reading, I’ll take a pair of the green ones and donate $50 to a charity of your choosing for your kindness. 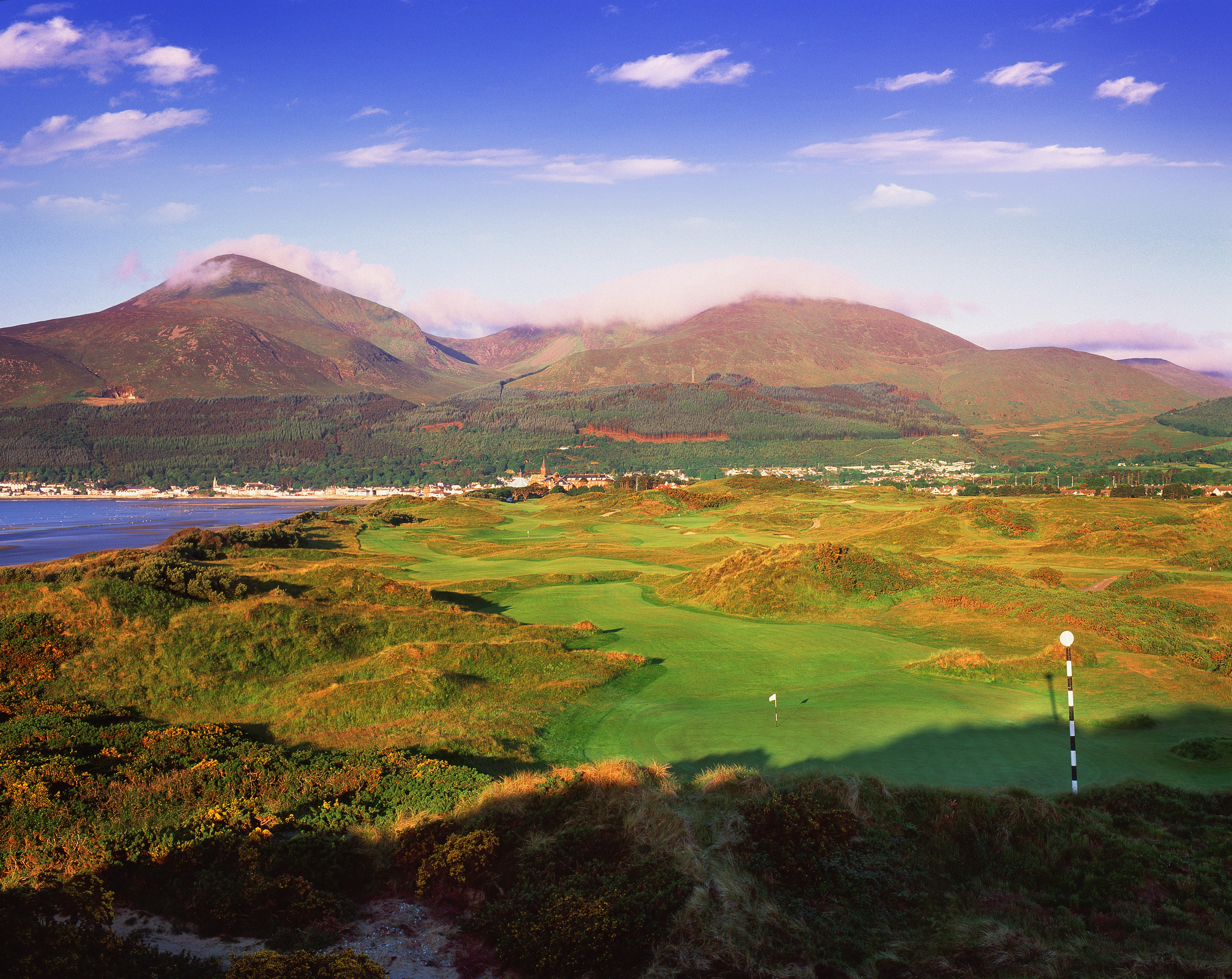 I think its safe to say I’ll be watching more Euro Tour this week to peep on Royal County Down. This place looks amazing.

If You Need Viewers This Week, This Might Work

The course that hosts the Byron Nelson tournament sucks. It sucks so bad I’m not even going to type its name. And with not a lot of stars in the field this week I assume the tournament director along with the PGA Tour might be looking for a way to draw interest to the event. Hmmm…….how could you do that? Well, how about you put a gang buster pairing together and see how that plays out. Poof! Done.

That’ll do. Now if they’re not in contention on the weekend I’m out, but I’m in for Thursday and Friday. Hopefully the tournament gets played. Dallas has more rain in the forecast after already reaching flood levels in May.

I Thought The Only Kim That Could Be Bought Was Kardashian

Musician Toby Keith is an Oklahoma Sooner fan. Anthony Kim played golf at OU. Keith held a charity auction at his golf outing last month at the University. It has since been disclosed that one of the items up for bid was a round with the Buckled One, Anthony Kim himself.

Hopefully a media outlet that wants an interview with AK was the highest bidder. The item went for $24,500. This all makes one wonder, if Kim can play for charity, why can’t he play the Tour? His near $20,000,000 insurance policy is the easy answer to that question, but we might never get that directly from him.

No, not that kind of tanked. He does not drink alcohol (my god that is weird). Instead Gerry spent part of his holiday weekend at the minor league ball park he has ownership in. Watson hung out in a dunk tank and let patrons throw balls in an effort to get him wet for charity. All proceeds went to the local YMCA.

There’s no truth to the rumor that 23% of PGA Tour members attended the minor league game that day.