Yes, I Realize These Often Don’t Get Published Until It Is Nearly Thursday

But I know you want them, I know you need them, and I won’t let you down. It is a slow week as the Tour has moved from Tampa to Orlando. While several top players are playing at the Arnold Palmer Invitational presented by Mastercard, there isn’t much hullabaloo around the event with Tiger still sitting out scared. Yes, I said scared. I think he’s being a big fucking pussy about golfing right now, but I digress.

Some of the news that has come out this week involved the passing of the torch from Tiger. What I’m talking about is video game maker EA Sports announcing that Rory McIlroy is the new face of EA’s golf game. EA dumped Tiger nearly a year ago. They’ve released rumblings of their newest game for a few months but haven’t given out much information. On Monday we learned that Rory will be the EA’s guy. It makes sense for the world number 1 to be the face of such a game and its another bullet piercing Tiger’s thin armor. The kid is taking over and Tiger is out. Get with it.

Other than Rory being the title figure of EA’s product, the various press releases didn’t give much specific information. Here’s what else we know: Frank Nobilo has replaced David Feherty and Rich Lerner has replaced Jim Nantz. We’re also told the game should be out in June, just in time for the U.S. Open. What does any of that mean? It means the Golf Channel’s profile is on the rise with two of their guys in the game (yes, I know Frank also has a CBS gig now). But no Nantz also likely means no Augusta. Sorry gamers. The most treasured golf course in the world just went back into hiding. The interwebs have noted that Nantz being involved was a big deal maker for getting ANGC into EA’s product. This game better be damn good if it is going to be able to overcome not having Tiger or the Masters – two large omissions from EA’s “in the game” slogan.

Speaking Of The Golf Channel

She’s cute, but like cuddly cute. Annabel is an Australian professional golfer who never quite made it to the LPGA. Donald Trump saw how cute she was and snatched her up as a teaching pro. Then Fox Sports gave her a shot on TV.

I don’t mind that Dorthy-Wizard-of-Oz look and this clip or her isn’t bad either.

Like I said, she’s cute. What I don’t enjoy is her look on Lesson Tee. I feel like Golf Channel tried to give her that Euro-bull-dyke-Annika look. Why?

It doesn’t work. Come on, Golf Channel. The template is there. Look at her other pics, look at her work from Fox – now get it fucking right and I’ll start watching. Form fitting shirts, low cut collars, a new do……throw in that Aussie accent and I’m in.

Degenerate Gambling Is A Lifestyle, Not A Hobby

The Masters is now only 3 weeks away. That means everybody and their mom is talking about who they want to bet on to win. This came up last week as some of my friends were sending cash with a guy heading to Vegas to make bets ‘legally’ for once. If you have access to make such a wager, there really is quite a bit of value out there. Betting Rory does you no good. 6 to 1 odds? Ehhhh……he won’t win anyway. I don’t like Jason Day at his current 15 to 1 either. So who do I like? Here’s the short list.

Bubba Watson 18/1 – that can’t be right, is it? A quick fact check says 11/1 elsewhere. A unit on the guy that has won 2 of 3 Masters seems like a decent value no matter how much you despise him.

Phil Mickelson 25/1 – lefties at Augusta, and this one is just about due again.

Matt Kuchar 35/1 – I’ve seen this at 40/1, and of course that would add more value to the pick. My thought here is that he’ll probably play well, probably top 10, and one of these times that’ll be good enough for the damn thing to fall in his lap.

Dustin Johnson 25/1 – down from 35/1. He’s hot, Vegas must not think he can putt well enough to win. He’s also not ‘on the board’ at some establishments. Weird.

Charl Schwartzel 55/1 – former champ, his game is coming around.

Lee Westwood 55/1 – look at how many top 5 finishes he’s had at the Masters. Not bad for a guy with a shit short game.

Louis Oosthuizen 65/1 – I’ve also seen Louis at 85/1. Either way, a 2012 runner up to Bubba who, quite frankly, should have won that year. He looked to be turning a corner at Doral but sucked in Tampa last week. I think he’s still worth a small investment.

Bill Haas 85/1 – for Haas it all hinges on how much that new baby at home is impacting his practice time, etc. Well, that and making some putts.

Marc Leishman 125/1 – Remember when Marc played in the final group with Adam Scott when he won in 2013? Of course you don’t. No one does. 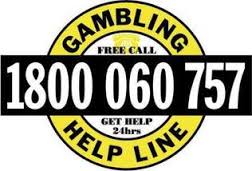 That’s it. That’s who I like. Who’s your horse? Speak up, place your bets, then drop it below in the comments so we can come back and see how brilliant you were on April 13th.

3 Responses to Another Week, Another Wednesday: More Hump Day Musings