A Big Year For Jesper

Jesper Parnevik turned 50 over the weekend, which means he’s now eligible for the Champions Tour. He’ll make his debut on that tour in the very new future. Before that happens JP and his family will air a reality show in Sweden that shows how they live their life in Florida. Today he was on Golf Channel’s Morning Drive to promote the show. The Tour’s Spaceman (his nickname) seems perfect for a reality show with all his quirks and bizarre habits. I’d watch it if it was on in the U.S. The show will feature Mr. and Mrs. Parnevik along with their three daughters and one son.

Why am I bringing it up? Because why would you put your daughters on TV? 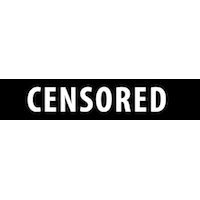 Jesper also must have forgot that he was on live television as he dropped the word “shit” a few times and it was not edited.

Jesper probably has Damon Hack and Lauren Thompson on edge at this point. https://t.co/vBtnpq2HyK

I wonder if the tour can fine him for that as they would if it aired during a tournament broadcast? The Parnevik show first airs on Monday, March 16th.

What’s In A Name?

The interwebs were abuzz today with talk of Tiger Woods’ new Jupiter, FL area restaurant. Its said to be called Woods Jupiter. That sounds fucking stupid, doesn’t it? Well, others apparently thought the same and asked the developer about it. Nicholas Mastroianni II claimed that Woods can’t use his first name with his last name in because “Nike has the rights to the name Tiger Woods.” Therefore, Nike would have to give the developer permission to use his name together. Oh come on.

The above image is not actually Woods’ dining establishment.

Tiger’s camp got wind of this bull shit and jumped right on the information snafu with a statement from Steinie.

“I can’t imagine how this could have been communicated this way. It is wholly inaccurate and categorically false,” Steinberg said. “Tiger owns his own name and always had. He can use his name in any form he chooses. Nike would confirm that if asked.” Later Wednesday, a Nike spokeswoman did just that, saying, “Nike does not own the name ‘Tiger Woods.’ We can confirm that Mark Steinberg’s comments are accurate.”

The stupidity of the internet grows. Cased closed.

What is more interesting in all things Tiger is that he’s yet to confirm that he’ll play in the Arnold Palmer Invitational next week at Bay Hill. When healthy, the API is a mainstay in TW’s schedule. You’d think he would let the King’s people know so they could take any necessary extra security measures for his appearance. He has until Friday at 5 p.m. to make his intentions known. If he does not enter the API, he likely will not play before the Masters. Stay tuned.

Did you know John Daly has a radio show on XM satellite radio? Neither did I. On Tuesday Big John was asked about the Tour’s ‘random’ drug testing policy and he went off. To paraphrase, John said that he tees off at 1:50 on Friday and he knows he’ll be tested around 7 pm that day. He’s been tested 5 consecutive years at this event after the 2nd round. He also said that every player knows when they’ll get tested.

He called out the commissioner, his staff, and the entire policy because it is bull shit. You can hear the clip here thanks to GolfWrx. That’s a hot take, and I think Daly is speaking the truth. The shame of it is that because Daly said it it won’t be taken as seriously as it should. It does give you a reason as to why so few players ever get caught taking illegal substances. It also makes you wonder how Dustin Johnson could be so dumb if he knew when he’d be tested? What would be nice is if a few of the writers on the Patrick Reed witch hunt could find the time to chase a real story instead of digging up dirt on a guy that has nothing to do with his success.

Remember Meghan Hardin from the Golf Channel’s Big Break? Yeah, the girl with the huge tits. That’s her.

She posted that pic on Wednesday and made me wonder why she looks different than before. Ms. Hardin was strangely absent from social media for weeks this past winter. When she reappeared she looked different and I just recently figured out why. I believe she got a nose job. Take a beak……errrrr…..peek. Looks like they shrunk it a bit and perhaps took out a slight hump in the middle. I assume she started doing more modeling than golfing and some photographer told her it would improve her look. It must suck being a girl and being told shit like that. First, she looked fine as she was. Second, it would take years for a guy to notice anything wrong with her nose because it would take that long to stop starring at her tits.

1 Response to Jesper’s Daughters, Tiger’s Name, And Meghan’s Nose: Its Another Edition Of Hump Day Musings