Posted on February 2, 2015 by shutfacegolf

I couldn’t make it to Saturday at the Waste Management Open in person, so I did the next best thing. I drank beer in my lazy boy and tweeted about it. Several of my tweets lamented CBS’ coverage, or lack thereof, for Brooks Koepka. He’s a phenomenal young player who’s already in the 2015 Masters field and has won a few times overseas. On Saturday he was T2 and Nantz and friends are ignoring him while he’s making a charge. What the fuck gives? As Brooks moved to the 16th hole they finally caught on and showed us a few Koepka shots. Then, on Sunday, this happened at the first tee:

CBS’s Sunday coverage started almost the same way. They showed everyone but Kopeka and Nantz didn’t mention him as a contender when listing the first 7 or so names that popped off the leaderboard when coverage came on. So what does Cupcake go ahead and do in the final round? Not much for the first 5 holes. It likely seemed as though some of the other contenders were flying by him with birdies while Brooks sat at 10 under for his first 5 holes before making birdies on 6 and 7. Another birdie at the par five 13th had him back within striking distance. His eagle at 15, along with Laird shitting himself, won Brooks the golf tournament.

Koepka didn’t make a bogey for the weekend and hit greens with ease. He burned the edges of the cups on several birdie attempts that could have lead to him wining by a wider margin. His eagle putt was the only thing he made (from 50 feet). Koepka’s talent makes it clear as to why he won on the Euro Tour, and it makes me giddy as to what he’ll do on the American tour in his rookie season. The Rookie of the Year race between he and Justin Thomas will be fun to watch.

Bubba Watson has not shot an over par round at the TPC of Scottsdale in his career. He is THE horse for this course. Yet he’s also never won the WMPO because from what Watson’s body language tells me is 100% the fault of his caddie, Ted Scott. On Friday in the rain Bubs was pissing and moaning about the rain and his wet club face, which every player in the field was also dealing with. His Sunday charge should have won the tournament, but his 3 putt par on 17 kept him one shot shy of Koepka’s total. He also failed to birdie the par five 15th because he couldn’t find the fairway off the tee. That was probably Ted’s fault too.

Hideki Matsuyama, he of the pause that is long enough to make a sandwich at the top of his back swing, started the final round two shots behind 54 hole leader Martin Laird. He was tied with Laird after 2 shots thanks to holing out from the first fairway. His birdie at the 13th got him to 15 under and made him the leader. But a dropped shot thanks to a 3 putt at the 14th that he never got back cost him. Like Watson, Matsuyama also failed to make birdie at any of the closing four holes.

Martin Laird holed every par putt he needed to keep his round going on Saturday. I foreshadowed that this magic wouldn’t last through Sunday and I was right.

Not sure Laird's putter can keep bailing him out tomorrow. I think 16 under wins, no idea who gets there. #WMPhoenixOpen

Laird played well enough to have a chance, but awful tee shots at the closing two holes lead to a bogey and a double, which added up to an over par closing round. Puke. The good news for Laird is that this is an odd numbered year. He’s won in the last two odd numbered years and his form is good enough right now to do it again soon.

Shot Of the Week

If you make a hole-in-one at a tour event, you have a great shot at the ShutFaceGolf.com SOTW. If you do it on 16 at TPC Scottsdale on Saturday, you’re 100% guaranteed to lock this down. That’s exactly what Francesco Molinari did with a little pitching wedge from 133 yards.

Francesco Molinari cranked the volume at No. 16 to a whole new level with this ace. #pgatour #QuickHits https://t.co/LWRIQh34t4

Throwing full beers? Come on! That is alcohol abuse. What a mess, but damn it I love it. The Twitter erupted just like the course did when it happened. Journos on the scene noted that they heard the par 3 arena explode and knew that could only be an ace. Molinari’s 1 is the first on a Saturday in Phoenix at 16 since Jarrod Lyle in 2011.

In other news, Rory McIlroy won the Dubai Desert Classic. He did so by 3 shots. It wasn’t even that close. So what else is there to say about it other than to acknowledge the footnote. That image looks familiar, doesn’t it? Rory was 9th at the DDC last year when Steven Gallacher defended his title. Gallacher had another nice showing in 2015, but was no match for Rory. Ironically, a young lad with no PGA Tour status named Brooks Koepka finished 3rd there ahead of McIlroy last year. Hmmm………

WAG Of The Month

Holy shit it is February already! Thank god. For golf fans that means only a few shitty weeks of winter left. We can fill that void with golf on TV at Torrey Pines, Pebble Beach, and Riviera. That’s not a bad schedule. The calendar flipping also means a new WAG of the Month has been selected. 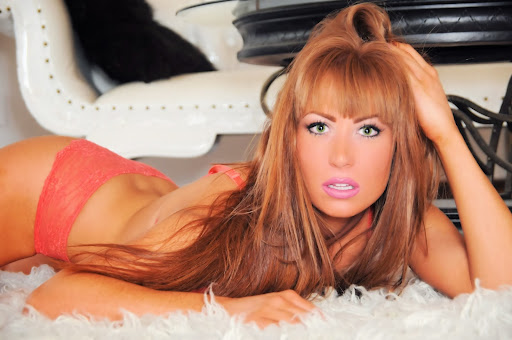 That’s Ashley Pendley, although she may now be Ashley Perez. She’s the WAG of Pat Perez. She didn’t get selected for anything Pat did on the golf course. She and Pat were married on New Year’s Eve and this is my gift to the newly weds. Congrats to both of them.