More Stupid Is As Stupid Does From Bubba

I Think He Compared Himself To Jesus In The Video

I try to like Bubba Watson, I really do. I’d just gotten over all the whining and bitching from the PGA Championship . Last week, the Golf Channel aired a nice segment showing Bubs with young Tommy Morrissey that made me feel all gooey inside. It is the holiday season, so may be its time to let water go under the bridge and give Mr. Watson a fresh start. Why not?

I’ll tell you why in two words. Bubba Claus. That sounds like a good thing, doesn’t it? Bubba bringing toys to unfortunate kids or something like that, some type of Make-A-Wish event…..how could this go wrong? Well, it went horribly wrong, quickly. Take a look a Bubba’s latest ‘all about me’ track that he dropped on YouTube this week.

I’m sorry, but anytime a white guy is rapping about Jesus and hovercrafts in the same song he’s earned every bit of hate mail he’ll get for being a jerkoff. The Golf Boys stuff, that was somewhat humorous and poking fun at themselves. This thing, whatever it was supposed to be, is like a Lady Gaga Redneck Xmas Special on acid. Watson is getting grief from every angle for this. Here’s one of my favorite responses from Brendan Porath via Twitter.

So does Bubba Claus just skip the houses that gay people live in?

Didn’t he say he wanted to be taken more seriously and that was one of the reasons he didn’t partake in the PGA’s Long Drive Contest? (scratches head) I think he’s bipolar. And hey, if you ever become ‘fuck you’ rich like Bubba, try to remember that charitable acts and donations of your time are better left undisclosed and not rapped about in a self-aggrandizing tweet, video, vine, Instagram, or whatever the fuck type of media you want to use. Thanks for trying to ruin Christmas, Bubba. 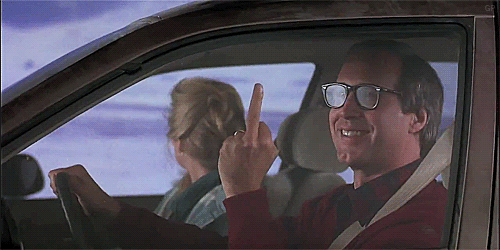 5 Responses to More Stupid Is As Stupid Does From Bubba