Your Grandpa’s Ryder Cup And The Return Of The Long Drive: Hump Day Musings

If there was a 3rd Grumpy Old Men movie that would have been the title, right? There is a rumor going around that the PGA of America along with the PGA Tour and the European PGA Tour will soon be announcing that a Senior version of the Ryder Cup will take place in the fall of 2015. The venue has yet to be determined, but a date and a sponsor are nearly set in stone. The date will be the off week of next September’s Fed Ex Cup playoffs. At least that part of it makes sense.

The format will be slightly different than what we’re used to in the Ryder Cup. Instead of 12 players per team, each team will only have 10. There will be 10 matches per day for a total of 30 points, instead of the standard 28 points. Discussions about such an event have been ongoing for a few months now and all parties involved are eager to announce this once the sponsor and venue are agreed to. Additional meetings were to resolve these outstanding issues were scheduled to take place at the British Open. An announcement regarding these matches seems immanent.

My questions is, why? In my opinion the Seniors (Champions) Tour was created 35 years ago because Arnold Palmer and Jack Nicklaus got old and their popularity created enough demand that people still wanted to see them play. People also want to see winners, so to make the old guys competitive they created a tour just for them. That makes total sense, but hasn’t the old man tour outlived its usefulness? Perhaps, but a closer look shows that Fred Couples (ever the most popular guy in the room) has helped bring some attention back to the silver-hair tournaments. And lookie here….if this Senior Ryder Cup thing lasts long enough, the 6th or 7th version of it could very well have a Mr. Eldrick Tiger Woods playing in it. 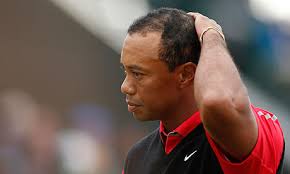 Hmmmm…….so maybe the PGA and these tours are forward thinking enough to know that they’re leaving money on the table if they don’t have a Senior Ryder Cup. Or maybe they’re just hoping and praying that Tiger still plays (or is healthy enough to) golf when he’s 50. As for the guys that could play in the 1st version of the matches next year, they’re all in, excited, and ready to get another crack at their opponents from across the Atlantic. Hey, if we get Zinger v. Faldo in singles I might watch.

Years ago the PGA Championship included a long drive contest among its participants. That died sometime in the 1980s for reasons that aren’t very clear to someone that was still shitting his pants at this time (I’ve probably shit my pants since the 80s too, but who’s keeping track of such things). Today the PGA of America announced that a long drive contest was coming back, at least in some form, at the 2014 PGA Championship.

This won’t be a traditional long drive contest. There won’t be a guy on an platform or tee hitting multiple balls with only the best one counting. Instead, during the Wednesday practice round of the championship, players will hit one drive on the 10th hole at Valhalla. That’s it. One shot, that is what counts. Longest ball in the fairway wins. What do these guys win? Mostly money for their respective charities, but they’ll also get commemorative money clips like the one shown here. 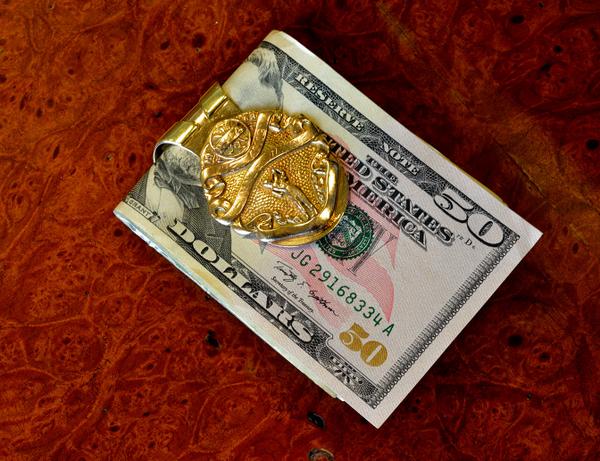 That one is what Jack Nicklaus won when he hit a 341 yard blast to win the 1963 version of the PGA Long Drive Contest. Jack still uses his today. It will be interesting to see how the players respond to this event. They should be all in. What’s the harm? Money for charity is never a bad thing. I bet it helps the gate on Wednesday in Louisville too. So what how will Tiger Woods handle this one? Does he go all in and belt away at a driver on the 10th tee that day? I doubt it. Something tells me he opts out in someway, hits a 3 wood, or simply doesn’t even play the 10th hole that day. He’ll have every excuse in the world for it too thanks to coming back recently from back surgery. Everybody else will do it, there isn’t a reason not to. Maybe that’s all the reason Tiger will need. Peer pressure can be a good thing.

3 Responses to Your Grandpa’s Ryder Cup And The Return Of The Long Drive: Hump Day Musings