The Duck Wins In West Virginia: Final Thoughts On Greenbrier

I think you know exactly how that translates. Angel Cabrera doesn’t always win tournaments, but when he does, they’re majors. For some reason the Duck went against his tendencies and went ahead and won his first non-major PGA Tour event over the weekend at the Greenbrier. Cabrera wasn’t fucking around after making the cut on Friday. His pair of 64s were good enough (phenomenal, really) to overtake the Naval Acadamy’s Billy Hurley who was the 36 and 54 hole leader.

And what is it about the Greenbrier and Masters champs? Snead won a few and was the forever pro at the resort. Faldo and Bubba have 5 green jackets between them and are both property owners at Jim Justice’s play land. Current Greenbrier Professional Emeritus, Tom Watson, also has a few green jackets.  Now Cabrera joins the club and, as you can see…..he’s got a new green blazer of his own.

Cabrera played so well over the weekend that he could have won by about 5 strokes if he putts a bit better. Angel had a new driver and 3 wood in the bag from Ping, the G30 models. He hit them so well that CBS’ Sunday broadcast was practically an infomercial for the new sticks. And if his tee shots weren’t impressive enough, his iron shots were laser like…. and so long. I had to keep reminding myself that the ball is only traveling further due to the elevation (even though its only about 4% further).

Boom! Cabrera’s birdie at the 12 was followed up by that eagle that the 13th and the Greenbrier was all but over at that point. Even with the air out of the balloon at that point the tournament held my attention, or should I say, the Duck did. The guy is a walking caricature of a professional golfer. He has endless touch, power, and likability that makes me want to watch him play the game. There aren’t many guys that I can say that about. If only el Pato could find the winner circle a little more often, all of golf would be better for it. I kind of liked him as a dark horse at the Open Championship, but winning 2 weeks before the 3rd major of the year will make him a favorite instead.

When the Duck won the U.S. Open in 2007 and the Masters in 2009, neither NBC or CBS showed Silvia Cabrera to my recollection. She must not leave Argentina often, but the Cabrera marital situation is apparently much more complicated than most of us can fathom. Mrs. Pato has been with Angel in some sort of marriage or union for nearly 20 years. She is 10 years older than him and mothered both of his sons.

The Duck may or may not have divorced Silvia in the last 4 years. No one can confirm if they were married either, so whatever. What we do know is that Cabrera has a girlfriend and her name is Coki Ramirez. She’s a Latin singer that has been on the Spanish version of Dancing With the Stars.

Coki is 10 years younger than Angel. Talk about an upgrade. Now we know why El Pato always looks so damn happy.

If you missed the Greenbrier you missed the spectacle that was Cabrera’s play that I already described above, but that’s about it. Billy Hurley’s 73 on Sunday pulled him out of contention and allowed the Duck to pull away. Hurley’s showing was still good enough to get the Midshipman in to the field at the Open Championship in two weeks. That’s a big week for a player of Hurley’s pedigree (or lack thereof).

Aside from Cabrera, veteran pro George McNeill was the other story line. First and foremost, George shot 61 which included an ace and a front nine 28. That’s only 6 under for 9 on the Greenbrier’s Old White course, still…..George’s ace should have been the Shot of the Day, but there’s no footage of it to show. The second part of McNeill’s story involves him playing with a heavy heart. His sister was battling cancer last he knew when he teed off. He knew she didn’t have long, but he said her battle put golf in perspective for him. This might have freed up his mind to go low. After the round McNeill learned of his sister’s passing. His post round interview with Peter Kostis was pure class by both parties. George will be easy to root for going forward because of how he handled himself under such circumstances. Like Hurley, he also qualified for the Open thanks to his good week in West Virginia.

Back In The Saddle

You’re a mega-millionaire athlete that just dumped his fiance, what’s your next move? That’s right, rebound by fucking the hottest chick you can. Apparently that is exactly what Rory McIlroy is up to right now during his European Vacation. Rory and model Nadia Forde have been spotted out and about in Dublin recently. Who is Nadia Forde? I have no fucking clue but I’m glad Rors just put this FHM girl on my radar. 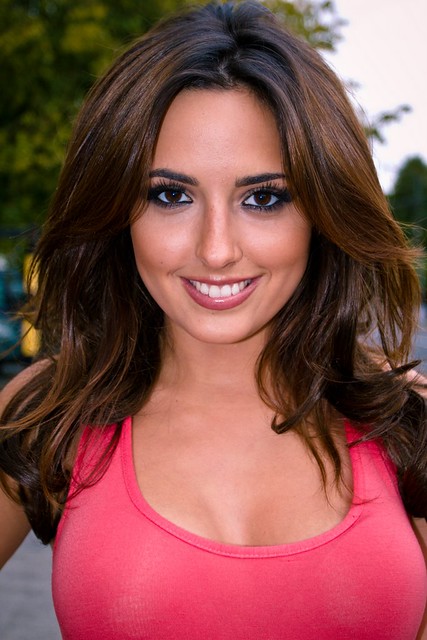 Atta boy, Rors! Nadia is ShutFaceGolf endorsed. As much as I disliked the look Caroline had is as much as I approve of Nadia. FYI, most of the English bookies that have odds on who McIlroy’s next official lady friend is have moved Forde’s odds down to 6 to 1. That seems like easy money.

Celebrating The 4th Of July In Style

That’s what Jason and Amanda Dufner did while taking the holiday in from the Bahamas. Sounds pretty American, actually. Fuck the hot dogs, fuck the BBQs, the Dufs took to island life over the weekend. Why do we care? Because Mrs. Duf was sunning herself in tiny bikinis all over Instagram. If you already saw it, move along, nothing to see here. If you didn’t….get something to clean up your….ummm……drool.

How good do her tits look under water?

Admit it, you did a double take because you thought she was topless.

God bless her. And god bless the shirtless Duf-daddy for locking her up while he could. If a hot chick like her being with a slob like him isn’t a prime example of what a great country we live in than I don’t know what is.

5 Responses to The Duck Wins In West Virginia: Final Thoughts On Greenbrier