Holly At The Hope And Keegan’s Ace

Quick, tell me who won the Bob Hope last year. This isn’t a trick question, and please don’t call it the Humana whatever. Don’t Google it, just sit back for 30 seconds and think. Unless you’ve watched the Golf Channel this week and they told you, I’m willing to bet more than half of you can’t think of the 2013 champion even though I already typed his name in this post. It was Brian Gay.

The Hope of course used to be a big deal 30 years ago. Celebs from Hollywood made their way to warm and sunny Palm Springs for some booze, some golf, and other tomfoolery. Now the tourney is played in the shadows of two giant championship football games with Tiger’s annual debut down the road at Torrey Pines lingering a week later. It isn’t even shown on network television (non cable or satellite). The top players don’t show up because they’re getting paid to be in Abu Dhabi instead. What could be done to save this old friend of the tour?

Bring in Billy Clinton, Gary Player, and make it a health clinic? No, fuck that noise. That’s been going on for a few years and still no one cares. What about making one of the pro-am partners a hot piece of ass with nice tits? Yeah, that has to work!

Enter Ms. Holly Sonders, a ShutFaceGolf favorite. Holly was paired with John Daly and Jesper Parnevik for the opening round of the pro-am portion of the Hope. I’m not sure she’s truly an amateur seeing as how she has a contract with Puma and Cobra Golf, but those types of details don’t matter when the tourney is on the Golf Channel and she’s employed by them.

Yes, JD thought her nipples were her eyes.

Holly never disappoints when it’s time to make a public appearance. She’ll show off those store-bought-boobies no matter the weather, no matter the occasion. Round 1 at the Hope was no exception. Thanks to the good perverts, ummm…..I mean, red blooded men at GolfWrx, Holly’s pics from Thursday have been well documented for her fans. I won’t steal all their thunder, but a sample is provided below.

You can see more of Holly’s tits and ass at GolfWrx.com, or just click here.

Round 2 Pic of Sonders with Jonas Blixt via Twitter

Meanwhile actual golf has been played for 36 holes of competition. Patrick Reed has fired two rounds of 63 to lead the field at 18 under. Simple math tells us that he’s birdied half the holes he played. It’s actually more. He has an eagle and two bogies as well. He leads Brendon Todd by 2 and Ryan Palmer by 3. The M.O. here really is go low or go home. A four round score of 21 under par barely made the top ten at the Hope in 2013.

An Omen For Keegs?

As most PGA Tour fans know, Keegan Bradley is a crazed fan of all Boston based professional team sports. His world this weekend will largely revolve around the AFC Championship game in which his beloved Patriots will play (there’s no truth to the rumor that he and Tom Brady fellate each other during the holiday season). Keegan probably feels like he and his Pats are getting some good karma this week after he hit the shot of the day in round 2 at the Hope.

The ace was the first of Bradley’s PGA Tour career. What the clip and the stories discussing the shot fail to tell you is that Zach Johnson nearly aced the same hole playing in the same group with Keegan. Johnson’s shot lipped out.

More Golf On TV Is Good News For Everyone

This is especially the case when it involves NCAA Championship Golf. What am I talking about? Golf Channel and the NCAA announced that the NCAA Men’s Division I Golf Championship will be broadcast on the network starting this year when Prairie Dunes is the host site. 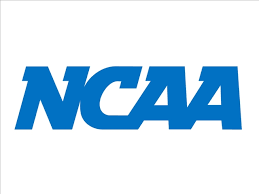 “We look forward to introducing viewers to the future stars of the game and tapping into the tremendous passion collegiate fans have for their schools.”

That’s exactly why I want to watch. Show me the kids who will be on tour in just a few short years after playing for their schools. And while you’re at it, show me new championship venues that otherwise wouldn’t make network air because they’re not on the tour schedules.  This is why I watch the Walker Cup with such interest and this is why I’ll be glued to the NCAA Championships as well.

FYI, the format of the men’s championship has changed in recent years. It no longer only entails stroke play and now begins with 30 teams and six individuals competing over a 54-hole stroke-play competition. The individual champion is awarded their trophy after stroke play concludes and the top eight teams advance to the final three rounds of match-play competition for the team championship. If done correctly, TGC will have dramatic golf on for 3 week days in May that otherwise would be dead air. They’ll show the final round of stroke play as well as each round of team match play. Get your popcorn and your pom poms ready.

1 Response to Holly At The Hope And Keegan’s Ace