The Shutters: Golf’s Whiny Bitch Of The Year

Posted on October 1, 2013 by shutfacegolf

The Big Story Of The Day

In Presidents Cup news, Zach Johnson finally reported for duty in Columbus. Zach missed his flight from Sea Island, Georgia on Monday when he was scheduled to travel with the Kuchar and Love families to Ohio. He also missed the team USA pictures. Why they couldn’t wait for him to get a team #insty is beyond me.

The reason for his tardiness was explained as a 24 hour bout with a stomach virus. In other words, Zach had the trots and couldn’t be away from a toilet for too long otherwise he’d likely shit himself. Sounds like fun. The great news for all of us is that we get to hear about his struggles with the Hershey squirts from the likes of Matt Kuchar and Hunter Mahan. Thanks boys. 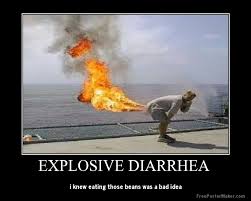 Are we sure it was a virus? Seems like most people get violently ill at the thought of traveling to Ohio for 6 days. Oh!!!! Come on….you Buckeye-staters need settle down, I don’t mean any of that. Ohio is a wonderful place……to drive through.

Back To The Awards

Today’s give away isn’t exactly an award anyone affiliated with golf should want to win. I’m announcing my nominees and winner of the Whiny Bitch of the Year. Tour players, media, organizations, legends, whatever……anyone and everyone is eligible for the big prize depending on how much they’ve complained about something trivial to make themselves look like an ass for the last 9 months.

And The Nominees Are:

Phil Mickelson, PGA Tour Member – Bitch Tits has had a pretty decent year with two tour wins, including the British Open, a handful of high finishes, and another trophy from the Scottish Open that should count for something when all is said and done in my Player of the Year decision. Yet Phil is nominated in this category for opening his fat mouth to complain about his income tax rate back in the beginning of the year.

Of course you remember it, and I wouldn’t let you forget it because I kept track of Phil’s payments to the IRS in the Bitch Tits Tax-O-Meter in the widget to the right side of this screen. Phil did apologize for his comments and kept his mouth shut the rest of the year with no further complaints about the world around him. How noble. Still, you can’t take what he said off the table, and even though his comments aren’t wrong, him saying them while making the kind of money he makes probably rubbed some folks the wrong way. Henceforth, FIGJAM is the first nominee in this category.

This is Phil’s second nomination for a 2013 Shutter award and he claimed the Shutter for Round of the Year for his final round at the Open Championship.

Alan Shipnuck, Golf.com Writer – Alan is a liberal elitist who lives in Monterrey, California where he sips on wine and eats stinky cheese all day. He should win the award on those facts alone. Instead he writes a regular column about his Heros and Zeros from the past weekend of golf. That’s fine, and obviously not too dissimilar from what I do with my winners and losers after major events, but Alan typically picks on those that are weaker and don’t deserve to have mean things written about them. I know that sounds weird coming from me.

If you read his columns you might as well just let someone piss in your cornflakes every morning too. His video essays on Golf.com posted after both Phil and Dufner’s major wins this summer were some of his best work, but his snarky writing style and subtle digs wear you down as a reader. You need proof? Today he wrote a column on how (basically, I’m paraphrasing) the Presidents Cup sucks compared to the Ryder Cup. Of course the Ryder Cup is the crown jewel of team golf matches, but the Presidents Cup has its place too. We don’t need Alan to be Debbie Downer and remind us what we’re missing out on in a year with no blood shed on the links against team Europe.

Remember the whole Tiger-gate thing at Augusta from April? Alan can’t/won’t let it go. Last week he gave out his awards for the PGA Tour season and again called out Woods’ integrity in a mini-diatribe where he insisted Tiger should have withdrawn from the 1st major of the year for his poorly handled rule infraction. You think I’m the pot calling the kettle black? Well, I can’t deny there is some truth to that. However, Shipnuck has to be better than that. He should be held to a different standard as a journalist who gets paid to write about professional golfers, tour life, and has his work published by various media outlets. I’m just a dude with a website and a computer vomiting incoherent ramblings on the internet.

Sergio Garcia – PGA Tour Member – Do I even need to comment on this nominee? The Spanish Terd is known for being little bitch who constantly whines and complains about anything and everything. I’m not good enough to win a major. Wah! The Golf Gods are out to get me. Wah! I’m not sure whether to send him a crying towel or a tampon.

In 2013 El Nitwit ramped it up a notch in the complaining department. When paired with Tiger at the Players Championship he accused Woods of pulling a club from his own bag during Sergio’s swing to make noise. Then he went on to get plowed at a Euro Tour Awards banquet where he foolishly announced that he’d like to smooth things over with Tiger by having him over for a dinner of fried chicken.

Ugh. Just think how much we’d probably like Garcia if he was a mute. To further strengthen Garcia’s claim to the award for Whiny Bitch, try Googling “whiny bitch golf image”. Guess what golfer is the first to appear in your search results?

Brandel Chamblee, Golf Channel Analyst – I’m not knocking Chamblee at what he does for a living at all in this segment. Generally, he’s pretty good at his job and on point in his opinions and analysis. It’s not his faggy Richard Gere haircut that helps him grab a nomination either. The problem is Chamblee has become a blatant Tiger-hater and that grudge shines through time and time again when he discusses Woods on TGC’s broadcasts. I many ways I could just write “see Shipnuck, Alan above” to describe Chamblee’s nomination in this category, but that’s too big of an insult to Brandel.

‘All things Tiger’ is the scab on Brandel’s skin that he can’t stop picking. Like Shipnuck, he can’t let go of the fact that Tiger didn’t withdraw from the Masters solely to set an example that he’s not above the rules. Cut the high and mighty bullshit please. Just to pile on, every time Tiger has a mediocre tournament or junk round, Chamblee takes off on a tangent about Woods’ swing, how he’s over coached, and how he won’t be dominant unless he starts doing X, Y, and Z again.

Hey, I’m the last person to defend Tiger for his actions and misinterpretations of the Rules of Golf in 2013.  And I often knock his swing changes and post round comments about the process, how he’s close, blah blah blah……..but Chamblee  appears to be on a mission to attack every flaw in Tiger’s game and every mistake he makes on and off the golf course. Maybe Tiger nailed his wife or something….. I dunno…..but Chamblee’s vendetta with Tiger is a curious one with me.

Vijay Singh, Champions Tour Member – All of you regular readers probably remember the disdain I’ve showed for Mr. Singh here this year. If not, you can re-hash it all here, here, and here. Perhaps I have a the same issue with Vijay that Brandle Chamblee has with Tiger. Or, perhaps Vijay is really a huge piece of shit that has been caught cheating on two different tours and should be kicked out of the Hall of Fame.

Whatever the case, Vijay grabs a spot on this list of nominees for a multitude reasons. As you know, he admitted early in the year to using deer antler spray to help his body heal from injuries and recover faster from workouts. The spray was, at the time, on the anti-doping list which meant it was a banned substance on the PGA Tour. Mysteriously, right around the time the tour was about to announce his suspension for use of the spray, the World Anti-Doping Agency removed the spray from their banned list. The tour dropped any thoughts of suspending Singh and his case appeared to be closed.

Nahh…..not with Veej. This cocksucker felt wronged by the tour and their public relations. He felt his image was tarnished. He gathered up his lawyers and decided to file suit against the tour for defamation of character. What kind of prick does that after being let off the hook? Vijay Singh, that’s who.

And The Winner Is……

Boy, this one is a toughie. I could probably pick anyone of these dicks-with-ears and not lose any sleep at night. Phil did apologize for his whiny comment and won a major. He’s safe. Shipnuck…..well, give a golf writer any award and it’ll only inflate their ego more. He’s out too. Of the remaining three I think the award has to go to Vijay. I still can’t fathom how big of an asshole you have to be to sue the tour that’s filled your bank account for 20 years when you’re the one at fault for taking the banned substance in the first place. That’s the scale tipper for me. Congrats, Vijay, and like I’ve said before and will say again……eat a shitburger.

Did I get this one right? You decide. Comments are always encouraged and the poll below can be used to show me that I’m wrong. Get on it. Thank you for participating.

10 Responses to The Shutters: Golf’s Whiny Bitch Of The Year