Much like Jimmy Hoffa’s corpse, no one knew where in New Jersey Adam Scott was for much of Sunday afternoon at the Barclays. Gary Woodland and Matt Kuchar were in the headline group, Tiger was making a charge, Phil went low early, and somehow the current Masters champion who looks like a Greek god was lost in the shuffle. On the 14th hole Scott had a make-able birdie putt to reach 10 under and CBS finally woke up and aired the putt to its viewers. It was the first time they showed the eventual champion all day and was almost as if they finally realized this thing was wide open and Scott making birdie might lead to something.

Adam Scott is probably the best pure ball striker on the planet. He doesn’t make many mistakes off the tee or with his irons to the greens, but he also doesn’t make as many putts as his peers. If you’ve watched Adam play the last few weeks you’ve seen him burn the edges of plenty of birdie putts from 10 to 15 feet. Even during the first three days of the Barclays  Scott’s rounds of 69-66-72 didn’t include a ton of long putts in the highlight package. On Sunday, besides perhaps the putt I noted above at 14, he didn’t make many either (in fact, ShotTracker tells me he made about 70 feet of putts for the round, less than four feet per hole). But minimal mistakes and posting 11 under in the clubhouse were all that he needed to do to win the first Fed Ex event of 2013.

As  Nostradamus Mickelson predicted in his post round interview, the wind came up, the greens got a bit crispy, and birdies became tough to come by. Scott did have a little help. Steady Eddie Matt Kuchar made triple at the 9th hole to drop out of contention. Tiger’s balky back locked up several times to keep him at bay. Gary Woodland’s short game touch of the first few days left him. Kevin Chappell……..phhhhhhhttttt…….76s don’t do much good on tour. And of course Justin Rose pulled a Phil on the 18th green to gift the win to Scott.

I tend to think Woods might have got to 12 under with some ease if the back trouble hadn’t flared up again. If you missed it, Tiger struggled around the golf course all week after hurting his back sleeping on a soft hotel bed on Monday. On Sunday, he didn’t show signs of a back issue until midway through his 2nd nine. The pic above was taken on 13 when TW went for the par 5 in two. After his shot left the club heading nearly 60 yards of line Tiger dropped to his knees in pain. The ball landed in a nasty, murky New Jersey swamp. He did get up and finish, but his health was clearly an issue and a struggle to deal with as he tried to win the tournament.

It felt a bit like a major out there today, didn’t it? No, not just because Scott won and Tiger failed to, but because of the quality of the field and the golf course showing some teeth. I do think Liberty National proved itself to be much more worthy of such a tournament, but still won’t be convinced it’s more than an average course in a glamorous setting. Was 16 drive-able in 2009? I don’t recall the hole being nearly as interesting the last time we saw the course. Even though the course got a passing grade today, I think the fact that they rotate courses in the New York metro area for the Barclays is a good idea. Mostly because there are too many good tracks to show to golf fans, but also because LN is more style than substance. 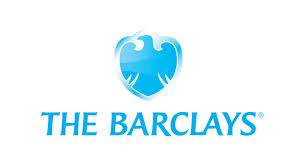 Does the fact that today felt a bit like a major mean that Tim Finchem’s brain child of golf playoffs is actually meaningful and successful? Perhaps it does. It’s taken six years, but here we are paying attention to golf on the verge of football season after the 4th major has been played. That’s quite telling.

Now that Adam Scott has a 2nd win for 2013, one being a major and the other being a Fed Ex event, is he the player of the year? Is Phil with a similar resume? Tiger with 5 wins? It’s still too soon. If Rose won in the next 3 weeks, he’d be in the discussion too. We and the media that covers golf need to let this shit play out. Immediately when it appeared Scott might win in New Jersey, Faldo and Nantz went right to the POTY discussion. Why? The season isn’t over, so dump some cold water on your Adam Scott hard-on fellas.

A few weeks ago at the PGA Championship CBS reminded us how 4 players made aces at the par three 6th hole at Oak Hill in one day during the 1989 U.S. Open. On Saturday at Liberty National, KJ Choi and Greg Chalmers repeated half that feat one group apart on the 14th hole.

Followed by Chalmers in the next group:

Who’s was prettier? And what do you think the odds of this happening are? I’d put it at about 700 million to one. Both of those were damn fine shots, but I still give Scott Brown the shot of the week. Homie bounced it off a bridge for a gimmie eagle at 16 earlier in the week. Of course that was intentional (sarcasm). These guys are good.

Orange You Glad They Played Shitty?

If you tuned in early enough to the Barclays 4th round you likely saw a shot of Rickie Fowler and Jonas Blixt walking down the first fairway together. Why was this significant? Only because both are sponsored by Puma and thought it would be fun to act like high school girls and wear the same clothes while they played together.

That’s about as queer as 8 guys blowing 9 guys. Ever play in an invitational at a private club and see two teammates do this for the duration of the invite? I’m sure you have, it’s usually two grown men doing it, sans help from any sponsor. For Blixt and Fowler to do it is just as lame. Call me the no fun police all you want, but I don’t approve. Sure they’re trying to entertain the crowd and have a little fun, that’s their job, and people would be more entertained and have just as much fun if the orange twinks made birdies and eagles instead of dressing like construction cones. To make matters worse, they hit their tee shots at the first hole 6 inches apart in the fairway as shown in the picture above. There’s no truth to the rumor that an over served fan in attendance asked why Rickie was playing as a single.

As bad as this fashion faux pas was, I don’t think it was as bad as Matt Kuchar’s choice of trouser for the 3rd round. Honestly, Matt has sponsors and a wife that should be able to dress him better than this when millions of people are going to watch him play. He looked like he was wearing pants right out of my 88 year old grandfather’s closet. Pleats and all.

Matt still hasn’t figured out that pleats are only for bigger guys. I could forgive anyone for that if that’s why you’re wearing them. Now throw in pleats with a 1975 powder blue dye, a black belt, and white shoes…….well………just another reason you’d probably think you could take Matty in a $2 Nassau at your local muni.

As much as I bitch about CBS, they’re the best at what they do when covering the PGA Tour. Sadly, the Sunday broadcast of the Barclays was their last of the season as they move on to football. The closing montage they provided today was a nice touch seeing as they lost two giants in golf broadcast history in Pat Summeral and Ken Venturi this year.

Still, I’m good at complaining, so that’s what I’ll do. They didn’t show one fucking bit of shot data at any point over the weekend. No ProTracer shots, no hole overheads layouts and breakdowns, nothing at all. They did tell us on occasion that Player XYZ makes 7% of their putts from a certain length, etc. We need more of that. I know you can get that info on the internet or on the bonus DirecTV channels, but I’m not DVRing those channels and I’m too lazy to get my computer and type in PGATour.com while I’m sucking back a beer in my recliner. Tell me what I need to know. Don’t make me hunt for that info or think for myself on the weekend.

CBS being done for the year means no more weekend golf for Sir Nick Faldo, unless he’s doing Golf Channel work that we’re not aware of. If Nick is done, so is the Nick Faldo Drinking Game. That in itself saddens me. In closing Nantz did remind us that Peter Kostis is still being nursed back to health and battling cancer. I feel for him and hope he’s back on the course next year in San Diego. He’s a treasure to have breaking down slow-mo swings for us. Matt Gogel was back again filling in for Pete. I trashed him once, pumped him up the 2nd time I noticed him, and will trash him again today. He looked like a deer in headlights doing post round interviews with Phil and others. The producers should know that’s not his forte, why use him in that capacity?

And with that we’re off to Boston for the Deutsche Bank Championship and the 2nd chapter of the 2013 Fed Ex Playoffs. The important thing for this week is…..????? No shot hit before Friday counts. Because of the holiday weekend, the tour wants a Monday finish, so round 1 is Friday. That means Tiger has an extra day to rest his stiffy……errrrrr……. stiff back. He was fairly non-committal after his round about playing in 5 days, but that’s how he operates. Plus, he’s a bit of a drama queen.

The shitty thing is we have to wait an extra day for meaningful golf on television or even to follow at work from our desks while procrastinating. I guess we should just be happy and thank Mr. Finchem for the golf we do have.