After shooting 68 on Friday and totaling a 6 under 134 stroke total heading into the weekend Charles Howell showed up to the course on Moving Day thinking he was in contention to challenge for the title at the Wyndham and gain valuable Fed Ex Cup points. Charles was immediately informed that the driver he used on Friday was considered a non-conforming club and that his use of it would mean he was now disqualified from the tournament. No money, no points, go home, tough luck Chuck. 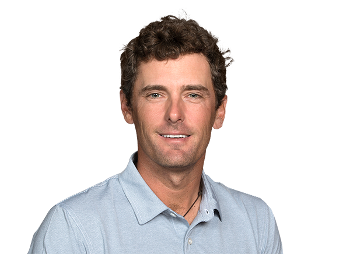 Apparently a cover of one of the ports that allows you to change weight positions on the new Taylormade SLDR driver broke off while Chuck was warming up for round 2. The PGA Tour had no knowledge of it. Chuck had no idea it was a problem. Yet some how the No-Fun-Police at the USGA got wind of it and called the tour to report the violation. How the fuck did they find that out? Who knew about it besides Chuck and his caddie? Here’s a statement from PGA Tour rules official Tony Wallin to explain why the club was illegal:

What a shitty way to get DQ’d. Let’s just put this in perspective briefly. Tiger can take an illegal drop, sign an incorrect scorecard, but play in the Masters……but CH3 knocks some plastic off a driver and gets the boot. Makes total sense. It would be nice if the rules of golf could be overruled by common sense when necessary.

This is also a black eye for Taylormade. They’ve been putting movable weights in their clubs since 2004 and were probably the pioneer of such a fad. The SLDR debuted with every paid professional touting it as the next big thing and many of the Taylormade staffers had already switched from their R1s to the SLDR. Hopefully Chuck’s equipment issue and subsequent DQ doesn’t derail projected sales of the new big stick.