The Most Interesting Man, The Duck, And Friday Carnage: Cut Day At The Open

The Rapist…..Errrrr…….Mechanic Leads Thru Thirty Six

The most interesting man in golf is leading the British Open Championship at the halfway point. Who saw that coming? Less than a year ago a skiing accident put him on the shelf with a broken leg and out of golf. Nearing Champion’s Tour age and facing a comeback from a severe injury it seemed only logical that his career in the majors and regular tour events was coming to an end. But the Open Championship is timeless, and the ball doesn’t know your age on the Scottish links.

Jimenez worked the burnt out Muirfield course like a technician through his first two loops of the Open and now holds a 1 shot lead on world number 1, Tiger Woods. I can’t see it holding up through 72 holes, but I said the same thing about Tom Watson’s run in 2009. Watson had a decade on Miguel when he took our breath away at Turnberry, so anything is possible when power and distance are no longer factors in the tournament. That’s what you get when the course is fried like Muirfield is right now.

Tiger Woods started of his bid for a 15th major title a little slow with a sloppy bogey at his first hole on Thursday. That bogey seemed to galvanize him for the next 35 holes. He found a swing thought, found commitment to the shot, executed, and fought his way to a T2 position one shot behind the Rapist…..errrrr…….Mechanic (I have to stop calling him that).

This isn’t anything new for TW. He’s performed similarly in recent majors. Now he needs to close one. The fact that he doesn’t have to hit a driver, and hasn’t yet, puts him in an advantageous position. It takes the worst club in his bag out of play. Now he only has to out think and out putt the field.

As you’ve seen, Muirfield is fried like Hoylake was in 2006. Remember how lost he was at Winged Foot that year while Phil choked away the U.S. Open and Woods’ dad had just passed? Well, he was lost at Merion (where Phil again gagged) and now here he is on a burnt out Open Championship track. Saturday is huge for him. Fourteen majors, all when holding the 54 hole lead, think about that. A score in the 60’s in round 3 might just put this thing to bed.

Yeah, I know you were wondering how Tiger’s woman, Lindsey Vonn, was looking in the gallery. Not even sunglasses can make this cow look good. At least the ground is firm over there so she won’t leave hoof tracks. Hopefully she doesn’t eat all the rough.

Angel Cabrera doesn’t only play in and contend in majors, it just seems that way. If Jimenez weren’t already the most interesting man in golf El Pato would be running away with that title in his place. Through 27 holes of the Championship I figured the Duck would be right there with the Mechanic in the last group on Saturday. He hit some bumps coming home and is now 2 shots off the pace, tied for 6th. He’ll have something to say about how this one ends, you can count on it. 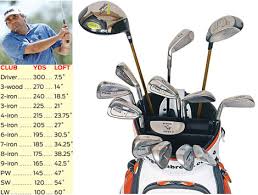 With Pato it seems to me that he rises to the occasion. Ordinary events and conditions bore him or he doesn’t prep the same for them. The lights come on at a major, the greens gets a bit crusty, the course turns into a dusty, meadow and he’s your guy. Can he win this thing? Absolutely. He already has 2.5 majors (lost to Scott in playoff for 2nd Masters) and he plays with less fear than anyone in the field. As ESPN quoted him via translator today, “I played with no fear when I was a poor man, why would I play golf with any fear now that I’m a rich man?” That’s how a champion thinks. He just doesn’t give a fuck about the Greater Hartford Open, John Deere, Greenbreir types, any why would he?

Something to watch for in the early action of the 3rd round is the pairing of Padraig Harrington and Sergio Garcia. These two teenage girls have one of the most heated feuds in all of golf, and it’s one of the biggest reasons that Sergio’s butt-buddy Josa-Maria left Paddy off the Ryder Cup team last fall. Why am I bringing this up? Because the two love birds are playing together tomorrow!!!!!

Nothing will probably happen unless they bring their pillows and start wailing on each other. I’m guessing Garcia will then go tell the media what he doesn’t like about Paddy instead of discussing it like a man on the course to his face. However, I’m hoping for a bloodbath and a knock down drag out chick fight. One can dream. Oh well, fucking wankers.

On Thursday most of the field hit driver and a mid iron to the 15th green when it played into the wind. The hole lists a yardage of about 445 yards. On Friday the wind shifted and the field hit a long iron and a wedge on average. Robert Garigus hit driver with little regard for any repercussions. Big Bob’s drive went close to 400 yards and left him with what most would play as a delicate chip over 20 yards of fairway to the burnt out green. Bob went with the putter.

Fucking amazing. He couldn’t do that again with 100 attempts. Am I the only one that felt as though the ball rolled the same speed throughout it’s journey?  I could watch that all day. Nice shot Bob.

While I’ve talked a bunch about the guys who have cool nicknames that can win, but there are still plenty of other worthy challengers that have a chance. Adam Scott is lurking, he’ll have a good chance. Westwood, Lee…..yeah, I know…..he’ll be the best from tee to green and lose a heartbreaker, right? Sure seems that way, but he’s going to be there until the end. Bitch Tits? Nope, I don’t think so. He peaked last week. Stenson? Get the fuck out of here. Dustin Johnson. That’s a tough one to pick. He’s been here before and lost his way. I’d probably need more information to make a bet on him. What kind of info? Where’s Paulina?

That’s all I need to know. It’s that simple. If she’s across the pond and within 200 kilometers of DJ, he’s toast. Her pussy kills his game. If she’s stateside than he’s got a chance. I speak the truth.

So tell me your pick, and let’s see who’s right. Comment below or vote in the poll. I’d probably put my eggs in Adam Scott’s basket. I just have a feeling he’s about to wake up from a green jacket hangover.

Ok fuckers, you’ve been showing up here expecting updates this week and it’s been slim pickings. I don’t make excuses. I’ve been on vacation, that is all. The family truckster got loaded up and we sojourned to the north country for some clean air, a rustic cabin, lakes, golf, and other joys of summer. I didn’t bring a laptop and tried to stay disconnected as much as one can be in 2013. I’m actually still on vacation but watched enough golf to make me feel like I owed you something. So that’s what you get until someone starts paying me in something other than man-on-man hand-job vouchers. Comprendo? More Open talk after we have a winner. Back to the land of cubical jockeys on Monday.

1 Response to The Most Interesting Man, The Duck, And Friday Carnage: Cut Day At The Open