The Hernandez Effect: (Hypothetically) Coming To The PGA Tour Soon!!!

If My Aunt Had A Dick She Would Be My Uncle

I know it’s a stretch, but bear with me for a second. What if PGA Tour members were arrested as often as NFL players? This Aaron Hernandez thing seems to have captivated everyone. I don’t think it’s the story itself, just that the sports news cycle has nothing going for it right now with the NBA and NHL playoffs over. Baseball can’t carry the nation’s attention like it used to. A million dollar killer athlete on the loose……that’s some drama everyone can sink their teeth into. 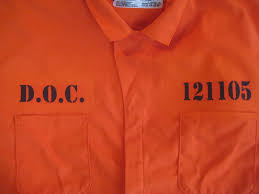 So imagine for a second that golfers didn’t (typically) come from more privileged backgrounds and that they’ve had rough lives like some of the NFL players that are from  the ghetto. In this apocalyptic bizzaro world, tour members (because they know no better) are getting picked up on charges that common among the NFL arrests. These include: DUI, solicitation of a prostitute, drugs, weapons, tax evasion, and assault/domestic violence. Who of the tour members,  in your opinion, is most likely to be picked up for these types of crimes? Vote in the polls below and leave a comment if you’ve got a write-in that should have been included in my lists. I think we can go ahead and hand Phil the arrest for Tax Evasion….that seems obvious.

Driving Under the Influence (DUI)

John Daly should win this one with ease since he’s the well known drunk of professional golf, but he’s not actually a tour member right now so I’m leaving him out.

Who should make the list? I’ll nominate GMac because that mick loves him some Guinness and enjoys closing down his bar in Orlando. I’ll also add Sergio to the list only because we know he was sauced while inviting Tiger to have fried chicken with him. If he did something stupid that night with some liquid courage, he’s bound to get crocked and be stupid again in some way. I think you also have to include Dustin Johnson in this category. He’s already got the DUI monkey off his back (see recent pic of girlfriend below) as he was arrested for being smashed while driving back in 2009.

Don’t get me wrong, I love to get fucked up, but I don’t drive once I’m near the legal limit.

These fuckers all get crazy amounts of pussy or they’re already married. Perhaps those married guys are the ones most likely to get tagged for hiring a working girl. Tiger is an obvious nominee. I’ll also throw Phil in here. Why you ask? He’s too family oriented, too perfect in the public eye. You don’t think he and Bones hit the Dream Palace Champagne Room when they’re hoping around Scottsdale? Nobody is this lily-white on the surface without some skeletons in their closet.

My third nominee for this prestigious honor is David Lynn, for no other reason but that this dude is wired differently than most guys. The quirky Brit seems to live life in the moment and do what makes him happy. At some point that happiness will include some whores and he’ll forget that solicitation is illegal in most parts of our country.

Drug use is prevalent in all of society, so it isn’t that far fetched to think there are plenty of recreational users on tour. Matt Every has already been busted for pot back at the John Deere a few years ago. The Tour actually suspended him for it the arrest. Put him on the list as a suspect. 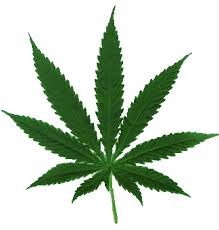 Billy Horschel goes up there too. Bill is intense. I don’t think that’s natural. He could be coked up out of his mind to get that way, I don’t know, but that would at least explain his decision to wear those octopus pants on Sunday at Merion.

My last suspect for this charge, Matt Kuchar. Look at the guy. The constant smile and happy go lucky aww shucks attitude…..what the fuck is he on? Either Mrs. Kuchar blows him every morning to wake him up or he’s got some good happy pills.

With the exception of murder, these other charges are pretty common among the NFL arrests from the last decade. There are actually a few murder charges too, but I digress. For this exercise we’ll lump them all together because they’re all violent to some extent, unlike the others I’ve listed above. I think this one is a little harder to pick because the sport our nominees play isn’t a violent game. We rarely see their emotions that would lead to such an violent crime.

Pat Perez is the exception to that because he does tend to erupt when things aren’t going his way. I like that about Pat, but for our little game here, that craziness puts you on the list.

Since weapons charges are part of this grouping, I think we have to put Boo Weekley on the list too. He hunts and fishes any chance he gets. I’m sure he has a closet full of weapons/guns. At some point, his access to that could lead to a bad decision.

If I were betting on a domestic issue, I’d bet on Rory Sabbatini. He and the Mrs. are going through a divorce as we speak. She’s on the #tweeter blaming him for everything exclaiming that he’s an asshole, pays no attention to their kids, blah blah blah. She’s never hinted that he abused her in any way. However, she’s such a cunt I wouldn’t blame him if he donkey punched her during their last romp. Not that her deserving it makes it right, but everyone has their limits. Plus, we know Sabbatini has a short fuse. Just ask Sean O’Hair or Ben Crane.

Those are your choices. Vote early and often. And please, use the comments for write-in votes as I’m sure I’ve forgotten some obvious choice.

6 Responses to The Hernandez Effect: (Hypothetically) Coming To The PGA Tour Soon!!!