No Longer A Bridesmaid

Ken Duke out-dualed fellow journeyman Chris Stroud on the 2nd playoff hole in Hartford to capture the title at the 2013 Travelers Championship. This is Duke’s long awaited maiden victory on tour and its location should come as no surprise because Hartford is known as an event that has had several first time winners in the last 5 to 10 years. 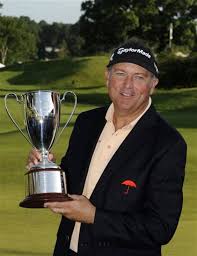 The surprise is that Duke is 44 years old and was playing in his 187th tour event. He’d had 3 runner up finishes and plenty of late train wrecks to fall out of contention to snatch his 1st victory. But Duke has never wavered in his belief that he could win on the big tour. And why should he? Before Sunday, Duke at won over $7 million on tour. That’s nothing to sneeze at and it’s plenty of successful weekends that were good, but not quite good enough to win.

Duke was far from flawless on Sunday en route to victory. After making a miracle putt on 13, he bogied 14  from the middle of the fairway. Next, his tee ball on 18 was severely blocked to the right and he was fortunate to make par and maintain his slim lead. Back on 18 for the first playoff hole, Duke again made a nervous swing off the tee and left his ball in the thick rough some 60 yards behind his playing competitor who found the fairway. Duke steadied himself after each miscue to do enough to hang on for just one more opportunity to grab the trophy. This time he flagged his approach on the 2nd playoff to almost guarantee birdie and the victory.

When CBS came on the air the narrative from the production truck appeared to be that the 2010 Travelers champ was back on top in Hartford and ready to snag his first win of 2013. The light was green for this to come to fruition when Bubba birdied 13 with a nifty wedge shot, saved par on 14, and brushed in another bird at 15 to get to 13 under par. Then BOOM…… explosion time.

Bubba’s tee shot on 16 found the drink, then he gets a bit edgy with his caddie and questions the club THEY decided on. Bubba elects to use the ball drop to hit his 3rd shot and blows that over the green from 125 yards. As the ball bounces long Bubs questions the yardage his caddie Ted Scott provided. The video and its audio show both of Bubba’s reaction to these shots. What it doesn’t show or allow you to hear is David Feherty’s reaction to seeing Bubba pass the blame to Scott. Feherty’s only words were “well, you hit the shots”. It was a bit awkward to witness, but Feherty was right. Blaming the caddie is the players way of deflecting blame. You hit it, it’s on you. Come on, Bubba. Watson went on to make 6 on the par three when a bogey would have had him in the playoff with Stroud and Duke.

Canadian Graham DeLaet and already mentioned Chris Stroud were the other key players in contention down the stretch on Sunday at the Travelers. You might remember Stroud from my fairly recent PGA Tour Wives: Hot Or Not post from last month. If not, you became much more familiar with him and his game instead of his wife’s tits after today. Stroud never seemed to have any mojo going his way on Sunday. He was right there within striking distance but didn’t seem like a threat to Duke or Watson even after his tidy birdie at 15 to pull within one of Duke and two of Bubba. After Watson’s explosion at 16, Stroud needed only a birdie at 18 to get into a playoff with Duke. His drive left him only a flip 90 some yard wedge to get the job done. Attacking the green downwind took the spin off that shot and caused Stroud’s decent shot to release over the green.  Stroud would have to chip in to force a playoff with Duke….

Can you imagine what Duke was thinking at that point? I’ve been in his shoes, a shot like that going in against you can be like a punch to the face, but Duke didn’t bat an eye. In fact, he was one of the first to congratulate Stroud on joining him in a playoff with such heroics. Shit like that is what makes golf great. You think Lebron James would congratulate Tim Duncan on hitting a jumper as time expires to force overtime? Fuck no.

DeLaet also had his chances, but his balky putter failed him time after time in the last nine holes. His tap-in birdie on 18 came with almost no pressure on him, but did wrap up a solo third place finish. The extra cash there from avoiding splitting the third place cash is always helpful to the guys still trying to secure playing privileges on tour for years to come.  You’re probably asking at this point, bro……he didn’t win, he wasn’t really ever a threat, why are you talking about him? One reason only…..his wife, of course.

Verne!!!!!!!!! Just when I was about to lose hope that Verne would no longer be doing typical weekend broadcasts he comes back in Hartford with no warning and fills the void in my life. Whew. Other than the shot in the arm we got from VL, CBS was fucking awful in almost every way in their effort to broadcast the weekend action. 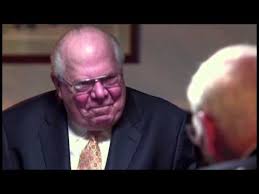 Does Jim Nantz really work that much that he has to be off 3 straight weeks during the heart of the golf season? Nantz bailed on the St. Jude tourney before the U.S. Open, CBS didn’t have the open coverage the following week, and Nantz was again absent this week in Hartford, which is in his mother fucking back yard as Nantz lives in Connecticut. That makes no sense to me. Faldo has been absent the same weeks as Nantz, but he pulls double duty with TGC and had some obligations with them during the week of the open. I give him a little bit of a pass for that, but I’d bet both of these  ‘stars’ of the CBS team are back for the AT&T this week because of the tourney’s higher profile.

As for the broadcast itself. Vomit. What did they give us? Ian Baker-Finch had too much airtime. Kostis is still recovering from colon cancer so we didn’t get much if any swing analysis. And there wasn’t a hint of technology on the network broadcast for driver launch data, Pro-Tracer, etc. DirecTV was up and running with their bonus channels again this week, but did anyone use them or remember they were available? Even if you did, it still doesn’t allow for CBS to be so half assed in their coverage. They have an obligation to give us more as fans, and IMO, they have an obligation to the tournaments they broadcast give them similar levels of coverage (with majors and WGC events being exceptions).