What Do You Do If You See Vijay Singh Every Tuesday?

Boo Weekley, that’s what you do. You could see Boo’s victory coming like a freight train down the tracks. Since Boo got hot on Sunday in Tampa this March his game has been on the upswing. He’s regularly posted low 9s or had a hot stretch of holes to boost his name up near the top of the leader board, then hit a foul ball leading to a quick double to end his bid for a win. This week looked like it could head in the same direction for Boo when he went out in 30 shots on the front 9 in the 2nd round. Boo limped home over par from there but was still in contention heading to the weekend.

When CBS came on the air on Sunday it was as if the curtain opened for Weekley and it was time for him to put on a show. He didn’t disappoint. Boo chipped in from an impossible spot over the green, drained a long putt for birdie, then hit nearly every approach shot over the last 10 or 12 holes within realistic birdie range. Boo missed two short birdie putts on the back 9, if he hadn’t, he wins that (another) tartan jacket in a runaway instead of only by two. He lead the field in distance of putts made and proximity to the hole according to CBS. That’s a recipe for a curb stomping of the field and a big win for Weekley, his first in 5 years. 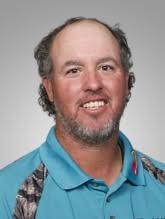 I’m pretty sure Boo packed a big dip in his lip as he walked from the 18th tee to his tee shot. Of course he did. I’m also pretty sure he had one in when he was chatting with Feherty in his post round interview. That’s Boo. You’ve got to love him. In a sport with so many proper traditions and country club up bringings, he sticks out like a hooker in church, but there’s something very charming and honest about it. The fans love it and the game is better and more entertaining for it.

As Weekley’s shot making exhibition unfolded in front of us I couldn’t help but think of what a shot in the arm he could be for the U.S. teams in the Prez and Ryder Cups over the next 16 months. Boo has the kind of game that puts a ton of pressure on opponents in match play. His 2008 Ryder Cup record and impact on that team was more than noticeable in the U.S. victory at Valhalla. He was the spark, he ignited them. We want him on those teams, we need him on those teams!!!! We just don’t need him to ride the bull off the first tee again.

He’ll have time to work on something new. Maybe some sort of fishing or hunting antics that can really piss off Ian Poulter.

You all saw her, and if you read my tweeter you know where I’m going with this. During the CBS broadcast a Crown Plaza (sponsor) vice president went on the air with Jimmy Nantz to talk about her company and get their money’s worth for the air time they’re sponsoring. So what’s the verdict? Six, sixteen, or no beer needed before you’d (hypothetically) throw it in her?

The expanded dialogue of the above tweets/replies should about sum it up. That’s probably the best looking company representative CBS has ever had in their booth, but she’s probably not going to be on the radar of any males under 50.

Another large six-figure paycheck for Kooch this week, but another whiff on a trophy. Kooch didn’t choke this away by any means. He didn’t get much going until it was too late and he was in chase mode, however, he was in chase mode because Boo went out and took this thing by the horns. Some days you get beat, some days you beat yourself.

Have you noticed Matt’s new scruff/gruff look? I’m thinking he’s compensating for his hair loss with the new scruff and side burns. It’s odd looking because Kooch has always been so clean cut.

Scott Stallings had himself a round going when he made the turn in 29, but he threw up on his shoes on 15 when he took four shots to get down from 10 feet off the green. Stallings won at Greenbriar last year and is beginning to contend more often in some of the 2nd tier tour events. He’ll learn from his mistakes today and take more good from it with that low front 9 than he’ll build any mental scar tissue.

Jordan Spieth, he can play. Another top 10 for the young Texan. Those are like gold for a guy with who started the year with no tour status. Because he has temporary status now, he didn’t need the top ten to auto qualify for the next tour event, but it’s yet another big check to a guy trying to lock down a card for the foreseeable future.

Twenty year old Matteo Manassero took the European PGA BMW Championship by winning a 4 hole playoff at Wentworth. He’s won before, but none of his previous wins rank with this one. Until the last 3 holes it didn’t appear that he’d be the guy holding the trophy at the end of the day. Matteo hung in and played steady when more seasoned and higher ranked players……cough……Lee Westwood……..cough……..was gagging a victory away on the back nine. 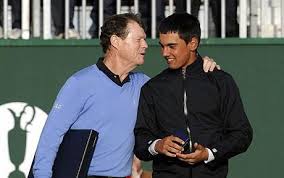 Big win for the young Italian, but the fine print here tells us that winning the BMW title gets Manassero a world ranking high enough to automatically qualify for the 2013 U.S. Open at Merion. Personally, I think that course will suit his game very well. He’s probably not seasoned enough to win that type of a grind-it-out major, but I think he’ll contend and I’d bet on him to show if he were a horse.

If you got the short end of the stick with the weather for the holiday weekend and were forced to stay in and watch golf on TV you had plenty of options. NBC had the Senior PGA. TGC had the the ladies’ tour in the Bahamas playing a 12 hole course thanks the torrential rains washing out much of the golf course. The Euro Tour had the BMW on TGC and Colonial was of course on CBS. That’s a lot to take in. I saw some of each event, but not enough to comment on all the coverage.

CBS gave us our standard fare at Colonial. For some reason Peter Kostis again had the week off and and I don’t recall hearing Oostie’s voice either. Come to think of it, was anyone working besides Baker-Finch, McCord, Feherty, Nantz, and Faldo? Does Vern even work non-majors anymore?

Verne, SEC football is 3 months way, get back in the booth!!

When I opened my Golfweek the other day I read their TV critique from CBS’ coverage of Quail Hollow. The (uncredited) writer pointed out that CBS only showed a handful of live shots in their first 40 minutes on the air. The guy was on to something because today was similar. If you ever DVR the Sunday action you can pretty much fast forward through the 1st half hour unless you want the highlights from before coverage began. If they show you anything it’s just putts. You might only see 2 or 3 full swing shots in the first hour. That needs to change. I bet that ratio is different when Tiger is playing.

The other thing that was completely lacking was the use of technology. Yes, we still had the Home-Depot-Red-Lobster-Gatorade-Arby’s-Norelco swing vision camera, but nothing else. TGC gave us pro tracer technology in Europe at Wentworth. How can CBS not have that at every tourney they cover? Remember the Trackman data they gave at previous events? What happened to that? Did you also happen to notice that we only were shown images of Matt Every when he was standing near Matt Kuchar for the first 15 holes? Every was in contention and could have putt some pressure on Boo if he’d made his short birdie putt at 16. Yet we had no clue this was possible because CBS refused to show the tour’s pot -head until he flagged it on that hole.

That’s what a holiday weekend is all about. Most of you probably ate some type of pasta/potato salad, grilled some meat, and perhaps even traveled to see family and friends.  WDDJD (What did Dustin Johnson do)? Looks like he went fishing with friends and had a typical maritime voyage on his boat.

Front or back view? I can’t decide.

She’s got hungry bum, as in, her ass must be hungry because it’s eating her bikini. Hey, it’s a new week. You get your (Boo) Weekley Paulina pic early. Happy Memorial Day.