Do Your No Pants Dance, Lord Byron Round 1, And Fragile DJ

It Pants Were Optional, I’d Never Wear Them

On the golf course that is…..I live in a land full of snow and shit 1/3 of the year. If it’s over 65 degrees, I’m wearing shorts to the course. If the golf world has evolved enough to where women are members at Augusta and tour caddies can wear shorts, than why can’t the players? Ashworth’s latest campaign asks the same question, in a comical, snarky kind of way……

Sign the petition. Is there one? I find nothing more snooty than an old money east coast private club that makes their guests wear pants, but they do still exist in 2013.

When I was in college, the Western Golf Association made participants in the Western Amateur wear full length trousers. My worst experience of this nature was playing in the Met Amateur in New Jersey at a very distinguished club that required the competitors to wear pants, even though their members could wear “Bermuda shorts” between July 1 and Labor Day. I won’t mention the club by name, but they can fuck off. My caddie and I walked 36 holes that day in 98 degree weather in fucking pants. Assholes. I have hairy fucking legs, they need air!!!!! Thank god I missed the cut because we were so chaffed (not mad, literally chaffed) that we could barely walk the next day without Gold Bond. 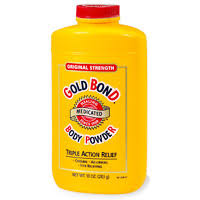 Round 1 of the Byron Nelson was completed today. After some wicked storms hit the area late last night, the course was soaked and vulnerable to low scores thanks to the soft greens and lift/clean/place rule. Boston’s favorite golfer, Keegan Bradley, took full advantage before the wind came up in the afternoon and shot a 60. 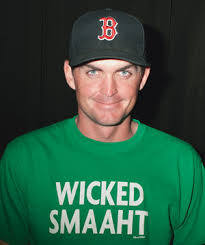 That’s only 10 under at TPC Four Seasons Las Colinas, but Bradley got there in style. He made 10 birdies, 2 bogies, 5 pars and 1 eagle. Outstanding. Keeg’s 60 matched his buddy FIGJAM’s low round of the year shot in Phoenix earlier this year. I love watching these guys the day after they go low. How do you back that up? I know I rarely back up a low round (for me) with another. I can’t wait to see what Bradley does in round 2.

I did have Bradley in the lineup today in my Fantasy Golf Tour group, but didn’t pick him in my pool. Too bad every other guy I picked hacked it around. I have Ryan Palmer in my single pick pool, so expect him to collapse on the weekend after a nice 65 today. Charl “Chest Hair Sandwich” Schwartzel is in solo 2nd after his 63. It must be pretty rare to shoot 63 on a Thursday and be 3 off the lead.

The golf course itself might be one of the worst that the tour plays. Look at it during the CBS and TGC coverage this weekend and tell me what excited you about it. I can’t even say, “that fake waterfall is cool” without cracking a sarcastic smile. The place is a dump. It’s a shame that Byron Nelson’s tourney is played at such a shit track.

No, no, no, no, no……that’s not some Jesus code or bible thumping message typo. That’s “WITHDRAW – DUSTIN JOHNSON”, and it’s becoming all too common to see WD next to his name before the weekend arrives. Didn’t I say something last week about him leading the tour in this category? He claims that the inflammation in his back is still an issue, therefore, he can’t play again this week. I’m sure the alternate that got in the field in his spot was thrilled. I’m also sure that the kids who showed up to see him play cried all the way home.

So what was DJ doing to mend his ailing back?

Perhaps “who” was a better question. Hey, the guys on tour on independent contractors that can do whatever the fuck they want, but he’s nearing Anthony Kim territory with his WDs stacking up. I’m not sayin……but I’m sayin……..he wouldn’t be the first tour pro to have his game go off the rails due to a woman.

1 Response to Do Your No Pants Dance, Lord Byron Round 1, And Fragile DJ