Outside of Sunday at Augusta, Sunday at the Players might be the only other day in golf that delivers drama and excitement consistently every year. Today was no exception and the Players gave us a little bit of everything all week. From Vijay suing, Sergio crying, Tin Cup at the 17th, to Tiger (in the end) winning……I’m exhausted.

Thanks to streaming coverage, NBC, and TGC I probably watched Tiger hit 270 of the 275 shots this week at Sawgrass. He was in total control of everything he did. Therefore, once he gained a 2 shot advantage with 5 holes to play I had already mentally engraved his name on the 2013 trophy. You know what happened next. TW got up on the 14th tee and pull-hooked his shot so bad that it only crossed dry land 250 some yards from the flag on the par 4 hole. Tiger went on to make double bogey and brought Jeff Maggert, David Lingmerth, and Sergio Garcia right back into the golf tournament.

An average player probably limps to the finish line from there after hitting that horrid shot. It’s hard to right the ship when you let one go that crooked on a golf course where trouble lurks everywhere. Woods didn’t bat an eye. It was almost as if the foul ball he hit on 14 woke him up. He parred 15 from an impossible spot buried deep in Bermuda rough after he short sided his approach to the green. He birdied 16 by hitting a clutch long bunker shot to 2 feet. His two putt at 17 was “better than most”. And his two shots to clinch the title on 18 took huge balls just to attempt, but he pulled them off to perfection. Tiger did right the ship in the storm, and with help from Maggert and Sergio rinsing their tee shots on 17, TW claimed his 2nd Players title.

No Cattle On The Carts, Please

Of course Lindsey Vonn was on hand to witness her man’s latest victory. NBC made sure we saw plenty of her. Rich Lerner on TGC called her Woods’ “glamorous girlfriend”. Am I out to lunch here? I still don’t see it. If I saw Vonn on the street I wouldn’t take a second look at her.

I hope they put a bell on Lindsey Vonn when she was roaming around Sawgrass on Sunday. Was she there to watch Tiger or eat the rough? She’s just a thick, thick, big girl. The photo above also shows that she’s got hairy forearms. I’m going to go puke now.

When Adam Scott won the Masters a month ago he credited his caddy, Steve Williams, for the great reads he gave him on key putts and for instilling in him the confidence to win a major. I buy that. Scott said it all in his presser in a very honest moment.

Today when Tiger won he credited caddy Joe(y) LaCava for reading a few of Tiger’s double breaking putts that he was having trouble getting a feel for. I’m not buying that. That was calculated. Tiger said that just to throw a subtle ‘fuck you’ back to Stevie. Believe it.

Sergio Is A Little Bitch

For all Sergio Garcia’s faults, you can’t say that he holds back or has a problem telling the media how he feels. During the 3rd round weather day Sergio told any media members that were listening that he didn’t like playing with Tiger and that TW purposely pulled his club from his bag on the 2nd hole to get a reaction from the crowd that would disrupt Garcia as he played his shot to the green. Seriously guy? Yes. I’m sure the greatest golfer of all time is worried about whatever the fuck you’re doing 50 yards away.

At that point I’d heard all I needed to about where El Nino’s mind was. First, it showed how weak minded he was. Second, he pulled a Tiger by his tail. So how was anyone surprised when Sergio played his ass off to be in contention through 70 holes of the tournament only let it slip away by dunking his tee shot on the wet par 3. Garcia also rinsed his 3rd shot and his tee shot on 18. It was fun to watch:

I’d love to know what happened to Sergio to make him such a damaged human being. Was it the sleep overs at Jose Maria’s house? Is is really all the battle scars from getting his ass handed to him from Woods? I don’t know. What I do know is that there’s no bet in all of sports that is more of a stone cold lock than Sergio Garcia never winning a major. He’s got no chance.

And did this little pecker shut up after hitting 3 balls in the water and looking like a fool? Nope. He said in his post-round presser that he was “the victim”. Whatever. Only thing he’s a victim of is Olazabal’s sodomy.

Sure David Lingmerth went to bed last night as the leader of the Players Championship, but did anyone think he’d actually win this thing? I give him tons of credit for being there until the end and having a chance on 18. Still, I think he lost this when he got out of bed in the morning and decided this was a good look for being on national television for 5 hours today.

Most of us can’t pull off red pants, and Colin Cowherd agreed:

Has a man in red pants outside of Santa ever looked good. #badgolfslacks

Maybe……MAYBE, I said, the red pants work if the shirt wasn’t so loud/busy. Why risk it? Just leave these trousers for fudge packers like Garcia.

In what’s becoming a tradition, the guys making the cut at the Players wear pink on Sunday for Mother’s Day. This pink-out is meant to raise awareness for breast cancer, support those with the disease, promote donations for research, etc.

Thank god Phil missed the cut. No one wants to see that look again. The players I noticed not wearing pink all wore a pink ribbon on their hat to support the cause. Well, almost all of them. Tiger failed to don any pink, anywhere. How can this be? We know Nike had a pink shirt for Rory. Would a little ribbon on his hat, pants, or shirt fuck up his mojo? I’m calling him out on this. Perhaps he’ll donate his winner’s check to help instead. I wish the media would have asked him about it. Pussies. 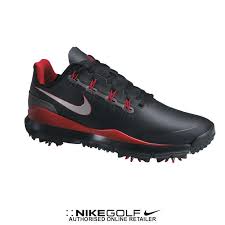 That shoe is the new TW ’14 that Woods debuted this week. It’s hideous. The big $woosh has never really made an attractive looking shoe for Tiger, but they were trending in the right direction. As you can see below, last year’s version had a cleaner appearance:

Putting red paint on the bottom is Nike’s clever way of selling a shitty shoe to mindless Tiger lovers. That’s the American way.

The (Not) Shot Of The Week

Lee Westwood was one shot off the lead after 36 holes at the Players Championship. He teed off on 1 on Saturday and hit a pull hook into the right rough near a tree. Then this happened:

That would rattle anyone. Lee never really recovered from it and perhaps even hurt himself. Kevin Na intentionally whiffed last fall in a tourney, but that doesn’t count. Other than that I’ve never seen this happen to a professional. Luckily for us, NBC got the footage of it.

Speaking of NBC, the Peacock crew and supplemental staff from TGC were pretty solid in their performances at the Players. The biggest problem they have is that the enormity of the championship means they extend the weekend coverage by an hour or two. That sounds good, but that’s gives you more Johnny Miller than you’re used to. He starts to get to you. I think they’d do us all better if they capped Miller’s microphone time on the longer telecasts. 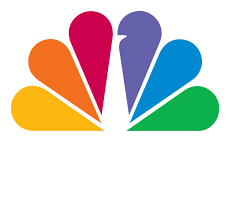 Where they particularly stepped up their game was with the graphics they provided on some of the longer putts about to be struck. The graphics showed distance and break so we had a better idea of what the players were facing. But if you can give us that, why can’t you also give us what CBS does with a Trackman device showing us club head speed, ball speed, etc. on a specific hole?

NBC also gave us limited commercial interruption during their broadcasts. This was especially noticeable during Saturday’s extended coverage after the weather delay ended. I don’t think there was and advertisement aired after 5 pm. I realize the Tour likely has more to do with this than the network, but either way, NBC agreed to it and pulled it off. The extended coverage deserves notice too.