I think we’ve all always wanted to see Tiger drunk, and now thanks to Deadspin, we can!!!! TW and Lindsey (moo) Vonn attended some Met Gala thing (museum, not baseball) in NYC earlier this week and this photo was taken.

I’ll argue the fact that TW and Vonn being out in public is even news in the first place. It just isn’t. They’re now a couple as they’ve announced to the media. In most instances, pictures of them shouldn’t be news or comment worthy on this site. However, when the most popular athlete on the planet is a golfer and he’s shown intoxicated, well…..that’s going to be here.

I’d love to know what he’s looking at. I’m guessing it was some hot piece of ass that he hasn’t already had sex with. To be fair to him, I’d get fall down drunk at that stuffy Met bullshit prom too.

Per usual on Monday of the Players, the new inductees to the World Golf Hall of Fame are honored and get their time for their induction speeches/ceremonies, etc. I’ve never watched or seen most of these. The WGHF doesn’t have the history and tradition of the other HOFs to make it register with me. Not only do I not care, but no other current male HOF’ers showed up for the event. The fact that you’re putting Monty and Freddie in there shows that the hall’s standards are probably too low to make you care. 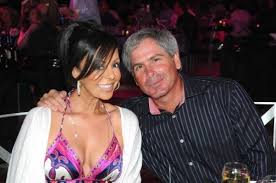 No offense to either player, they’ve both had amazing careers with drama, clutch play, and tremendous longevity…….but they have one major between them. Christ, if Fred’s ball doesn’t stay up on the bank at Augusta in ’92, he might not even have one. Yeah, sure…he was number 1 at one point, but I’d argue that the early 90s had the weakest group of superstar players we’ve ever seen. Fucking Curtis Strange won two Opens!!!!! Freddie backers (pun intended) will also point out that he would have won several more tournaments had he not had back injuries. That might have happened, but you can’t assume it. It didn’t happen so it’s moot. 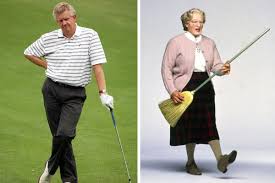 A similar argument could be made against Monty. His supporters will point to his continuous Order of Merit first place finishes on the Euro tour, but that takes us right back to the tallest midget theory. Who was he beating? Langer had the yips, Westwood was just a pup, Seve was a hack by then, and Faldo was only playing for majors at that time. I guess these two getting in paves the way for Justin Leonard. Think about that. Justin Leonard, Hall of Famer………it doesn’t sound right. The standards for the hall need to be raised.

If you didn’t see their speeches, here’s the clip:

Freddy’s speech is getting all the attention. “Coolest night of my life”…..blah blah blah. I’ve never been enamored with Freddie as the King of Cool in golf. I wasn’t impressed. Freddie is a close friend of Michael Jordan’s, so perhaps we should just be thankful he didn’t bomb his speech like MJ did. When Fred is inducted into the Hall of Ass-Pulling Fame…..well…. …that one will be well deserved.

Oh you sick fucks. You just keep looking for these Golf Channel anchors nude and somehow that Google search leads you here. I do find it amusing when I see these searches show up in the data from this site. I don’t think Ms. McMurry’s gonna throw the interwebs a bone with that one. I’m guessing she’s smarter than that. Yet, perhaps ole’ GMac’s got one hidden somewhere. Here’s some of Win just to tide you over: 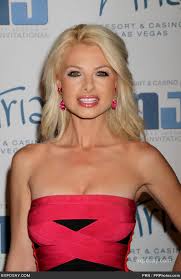 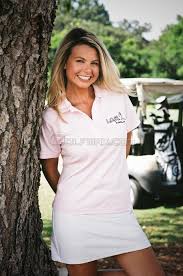 Win is a doll. I didn’t know she reps a clothing line. You can see more of her at her site here  (be sure to check Dr. J’s pervy hand position on page 2) and of course on the Golf Channel.

I find the Players to be the toughest event to pick of any on tour. The golf course doesn’t suit any one style of player, and almost no one has an overwhelming (positive) track record in Ponte Vedra. For instance, a guy like Jim Furyk lives here, practices here, should know the course very well, etc. Yet since the event moved to May when the TPC course plays more firm and fast, big Jim has only one top 20 finish. That doesn’t add up. Tiger has won most of the events he plays in every year multiple times, but only has one Players title.

I have Westwood, Lee this week. If you also took him, you have about 7 hours to go change your pick with your bookie, fantasy site, or where ever you took the action. My picks are not worth the files they’re saved on most weeks.

Once again if you’re looking for some extra action FantasyGolfTour.com has a pay for play event and a free event. You can sign up for either. The basics are that you pick 4 guys from each pool and play them as you desire throughout the 4 rounds of the tourney. The buy in for the pay event is $25 per week, but you can win 4k if you know what you’re doing. The free event is for points that you can use towards prizes.

Happy Mother’s Day to all the moms out there. If you’re not a mom, go do something nice for your mom, or at least pretend like you care for the day. If you’re Vijay Singh’s mom, well, fuck you…..you failed.