I’m not going to do a ton of course reviews on here, I just don’t play that many new or interesting tracks that I think you want to hear about. Yeah, I’ve been around and played some good to great ones, but my list is no comparison to a lot of guys I know and there are better sites at providing you with that kind of info. If you’re looking for reviews of big time courses, my friend the Itinerant Golfer has that for you. If you want to talk architecture, try the Golf Club Atlas site, they’re great for that.

For my purposes here I’ll keep reviews to ranked or notable courses that you might come across, a course hosting a tour event that is of note that I’ve played, or some place I found interesting and just thought I’d share. As always, reviews will be filled with honesty and you’re likely to get a few of them from time to time now that the golf season has actually arrived.

I’ll score the course from 5 to 1 (5 great, 1 shitty) on its value, amenities, service/pace, layout/scenery, course conditioning, difficulty, and provide a composite score. That should cover it, here we go.

The former Glenview Naval Air Station was just sitting on this piece of property empty and abandoned until Tom Fazio came along and molded the land into a championship golf course. The club opened in 2001 and received all kinds of accolades, most notably it was ranked in the top 10 of all new courses that year by every major golf publication. The Glen Club currently ranks in the top 100 of Courses You Can Play, a list made by Golf Magazine.

Fazio moved some 2.4 million cubic yards of dirt and added 4,000 trees to the vacant land in an attempt to make you forget what the property was originally used for. The course is located within a short commute from the loop and a few long par 5s from O’Hare International Airport (ORD). You’ll see enough of the planes around you on the course to know that. The routing of the this track is fine, but nothing sticks out at you, it lacks bold characteristics. There are no quick nines played here as the 9th hole is far from the clubhouse. It’s quite walk-able and you’ll save $25 in a cart fee if you choose to go that route.

The problem here is that you see houses, apartments, condos, the old terminal and a fucking Dick’s Sporting Goods store from numerous vantage points throughout the golf course. There’s no feel of a private club like you should have paying this steep of a green fee. The planes go unnoticed, but I suspect that could vary depending on the runway being used at ORD on a given day.

I’d almost have to give this category an incomplete due to the lousy spring the Midwest has seen and the 3 straight days of rain in the week leading up to my weekend round, yet, I saw enough to know that this isn’t an issue here. The greenside bunkers were miraculously recovered from the torrential rains. The greens were also in great condition for what they’d likely just been through.

The prime time rate here is $160 a pop, and then they ding you for a cart. That’s pretty high for what the course is. I suspect you’re mostly paying for location and the name. It’s the only Fazio I’m aware of around Chicago that is a public course. 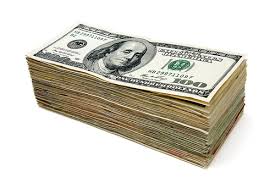 The northern Chicago burbs also tend to be a little more expensive for most everything. In comparison, Cog Hill is a better pure golf course from A to Z, has more history behind it, yet they only ask for $150 from you and throw in the cart. The $90 April rate isn’t a bad way to go if you’re trying to play here on a budget.

Excellent. I didn’t see anyone bending over backwards at the halfway hut to get me a sandwich, but other than that, the dudes in the proshop were helpful and knowledgeable and the bag boys will get you loaded up and on the range expediently. What more could you ask for? My only gripe was that the cart kid cut off the story he was telling his friends about the girl he got drunk and……well, you know……how dare he not tell the good part for the customer.

My group of 4 walking players got around in 4 hours on the nose and didn’t wait but twice on a fairly busy day. That’s par for a public track.

Stately clubhouse, locker room, ballroom, meeting spaces, restaurants…..check. They have it all, and why wouldn’t they? The driving range and practice facilities were well above average too. I believe the course is also a Titleist fitting center for those of you that care. Caddies are available on request, but you might want to reserve one ahead of time if you’re playing while school is still in session.

The Glen Club has four sets of tees, so pick your poison and yardage wisely. In the tough windy and soggy condition we were blessed with the course would have been tough from anywhere. It’s under 7200 yards from all the way back, but most of the yardage is eaten up on the front nine. The back plays much shorter and provides plenty of opportunities to make a few red numbers.

There is some native grass that will come up later in the spring that you could find if you stray too far off the fairway, but at this time of year it was still low and you could find a foul ball and play it. The bunkers are manageable as well. The fairway bunkers can be carried by the longer hitters and some aren’t in play no matter what tee you’re playing. The greenside bunkers are like most others designed by Fazio, pretty to look at and not that difficult to avoid or play out of.

I’m not rating difficulty on 5 being “way too fucking hard”. I’m rating a course a 5 when I’d say it’s playable and enjoyable, but not easy, for players of all levels.

The Glen Club isn’t perfect, but it’s an enjoyable experience, there’s just nothing about it to knock your socks off. I think the strongest feature here is the 18 green complexes. They’re not unique, they’re true and no two feel alike, but they’re consistent in speed. Bottom line, if you have a layover at ORD and can swing the steep green fee or expense it, play it.