The Bar Is Open (At Nona Blue)

Impressive stuff today in blustery conditions from Graeme McDowell to win the RBC Heritage over Webb Simpson in a playoff. The bar at his restaurant, Nona Blue, is indeed open.

We shouldn’t be surprised, should we? These conditions were similar to what McDowell won his 2010 U.S. Open in. Current U.S. Open champ Webb Simpson has traditionally been a pretty decent wind player too. McDowell’s 69 was near perfect until his first bogey of the day at 18. There were only a handful of scores in the 60s in the 4th round and as many players shot in the 80s as the 60’s. That’s very U.S. Open like.

GMac credited Furyk for some advice he received at a sponsor event earlier in the week. Furyk noted that this tournament is a grind, and if you just hang in there you’ll end up moving up the leader board. So that’s what McDowell did. He also noted that he hadn’t made much of anything on the greens until the final round, but putts started dropping on Sunday and that was the difference for him.

Graeme also benefited from the unfortunate gust of wind that hit Webb’s putt from off the green in the playoff. It rolled near the hole like it was about to be stone dead and a tap in par, but then a huge gust pushed it away to about 5 feet. Webb of course missed and handed McDowell the tartan jacket.

Was anyone else surprised to see Charlie Hoffman fall apart? He closed so strong in similar Texas winds a few weeks ago at San Antonio. What was the difference here? Chuck must not sleep well on 54 hole leads. He’s fun to watch so I hope he’s back in contention soon.

Kudos to the PGA Tour tournament staff for the course set up today. They watered greens when they had to to keep them soft/playable, they moved tees up considerably on holes that they knew were directly into the wind, and they kept the greens at a speed that would (for the most part) allow balls to sit still in the heavy breeze without oscillating or moving. 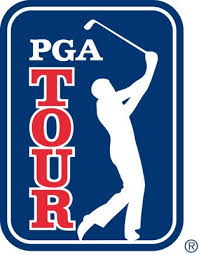 The tour gets this right more than the USGA ever does. They don’t want to embarrass their players, so why not make the course playable in severe conditions? I love to watch the best players on earth struggle and have to think their way around a golf course but there’s a line you don’t want to cross, and you don’t want to give Joe Sixpack watching at home a bogey blood bath with no red numbers.

Did you see some of the yardages and club selections these guys had to hit? Luke Donald hit a 150 yard 5 iron on the 14th hole. Incredible. That wind was too familiar to many of us northerners with the shitty spring weather we’ve had.

Well GMac, your win gives us another chance to re-examine your fiance, Kristin Stape. You brought this on yourself. Oh, you guys remember her. She was his cute caddie that I made sure you noticed during the Par 3 Contest at Augusta last week.

GMac and his woman are engaged to be married the week after the tour championship according to Jimmy Nantz. That’s good scheduling by a man who knows his priorities (and where he can score $10 million bucks). Word on the street is that she’s an interior designer and has a bastard child from a previous relationship. What else is there to know? 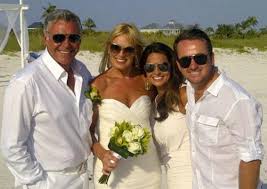 Ms. Stape is exceptional. I’m not going to sit here and try to nit pick at her, but let me ask you this? Is she really an upgrade from Graeme’s old fuck buddy from the Golf Channel, Win McMurry? Remember, Stape’s got baggage, in the form of a kid.

Speaking of new wives, it was nice of the Golf Channel to catch Jim Nantz in the gallery on Thursday with his new wife (yes, I’m going there). You’d figure that a wealthy guy like Nantz with trucks full of money would go for a huge upgrade when leaving the mother of his children. But he didn’t. Sure she’s younger than him by some 20+ years, but I don’t think my dog would hump this chick’s leg. 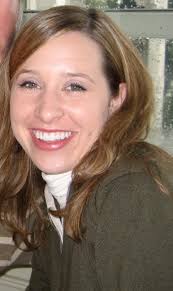 I tried to find the smallest image I could of her to spare you the enlarged version I suffered through. I’m sure she’s a nice girl, and because of that, I’ll withhold  her name from here to protect someone who’s probably fairly innocent. But c’mon Nantz, didn’t your butt-buddy Freddie Couples teach you anything about pulling ass? Shame on you.

As for the actual coverage of the weekend, blah blah blah, CBS, blah blah blah……they didn’t give me anything to really complain about. I loved Kostis’ breakdown of Charlie Hoffman’s swing. A+ for Peter. I was shocked that they allowed IBF and McCord to remain in their towers with those high winds blowing shit everywhere. Remember what happened at a Notre Dame football practice? A camera tower like that blew over and killed a kid. CBS must have been trying to kill off McCord!

Then there was the Faldo gaffe. Did you catch it? When GMac was coming up 18 Faldo dropped a reference to his new restaurant, Nona Blue. It was not only a reference to the establishment, but a full blown plug/advertisement/shill in an attempt to make sure Sir Nick’s next tab was on the house. Nantz quickly jumped in, likely thanks to CBS brass in his  ear, to scold him and tell him you can’t do that here. Here meaning CBS, because Nick plugs his shit all over the place while working for TGC. CBS obviously thinks they’re too good for that.

I’ll leave you today with my favorite new ad being shown during golf telecasts. No, not the Nike ad with everyone but Tiger doing Tiger’s old trick shot, the new Avis commercial. It features Steve “Savage” Stricker, and makes me chuckle every time they show it.

2 Responses to GMac’s The Man: Final Thoughts On Heritage