That’s what the chicks are saying anyway. What a final round to wrap up the week.

I don’t think I’ve ever seen the final round of the Masters played in the rain. It was weird and seemed to subdue the whole thing until the leaders cleared Amen Corner. How fitting was it to have El Pato, the Duck, at the top of the leader board in the rain? The Duck put up a good fight, but in the end it was Adam Scott finally getting his break through major win by making birdie on the 2nd hole of a sudden death playoff. The duel started when the two matched exhilarating birdies on their 72nd hole.

How’d Scott win? Best ball striker on the planet. That and a great break at 13 when his ball stayed up near the green, in the hazard, but very playable. Scott chipped up and made birdie from there. El Pato’s ball on 13 found the hazard and he made 6 on the crucial hole. That luck, pure ball striking, and greens slowed by rain was the golf gods’ way of saying, “it’s your turn, Adam”. Olin Browne pointed out the impact of the rain on the Golf Channel after play ended and I have to agree with him. The damp greens truly neutralized the field to the point where the purest ball strikers had an advantage. Scott hit it close all day and burned edges while making almost nothing. Ironically, Scott drained birdie putts on his finally two birdie putts when he need them the most. Score another major for the long putter.

When Scott canned the putt on 18 he gave credit to Steve Williams for the read. His full blown Aussie celebratory mannerisms on 18 sure seemed premature. He clearly thought he’d just won the thing. Then El Pato stuffed one to 3 feet right on top of him to force a playoff. At that point I thought the Greg Norman jinx had just passed on to Adam and he’d surely lose the playoff. Cabrera almost chipped in on the first extra hole to scare the fucking Larry Mize out of all of Australia.

In victory Scott credited Greg Norman for inspiring him and all young Australians. Scott has been mentored by Norman throughout his career. He says part of this victory belongs to Greg. He’s a humble and gracious champion. Cabrera was also gracious in defeat, stating via translator how happy he was for Adam and how deserving he was of the honor. What a gentleman’s game. These two make me want to behave better when I’m yelling obscenities at my lousy shots on the course.

I’m thrilled for Scott and pleased with the outcome. Hate to see Steve Williams involved, but all in all, this was all you could ask for.  Life in Australia will be interesting today.

Feeling For Day And Sneds

These two have to be kicking themselves. Day played great, but late bogeys on Saturday and Sunday killed his bid for the jacket. He’s got to be hoping he gets another opportunity to avenge another short coming, but you never know when you’ll contend again. Ask Len Mattiace.

Sneds knows he wasn’t close today, in fact he was downright awful, but you know he’s taking this hard too. He was in a similar spot in 2008 and shot a final round 77. Today’s total was a 75. It’s eerily similar. I’m sure the 10 million dollar Fed Ex bonus stuffed under his mattress will help to cushion the blow.

Adam Scott – Yup, too obvious, but you get the trophy, the jacket, and 1.5 million clams and you’re the big winner.

Golf Groupies – Yes ladies, Adam Scott is single again, and if you’re into green jackets like your grandpa still has in his closet, he’s your guy. EDIT: Scott has reunited with an old flame. My bad.

Stevie Williams –  Fuck this guy, what deal with the devil did he make? Doesn’t matter, he’s a winner. He’s carried a winner’s bag in 14 majors.

Australia –  It’s got to be like a campus riot after the football team wins the big game Down Under right now, no? Somewhere Norman has a chub and Steve Elkington is toasting  his fellow Aussie major champion with a Fosters.

Tianlang Guan – You’re 14 and ANGC Chairman Billy Payne refers to you as Mr. Guan? You outclassed half the field and all your fellow ams, plus you took a slow play penalty in stride and get a low am trophy to sit next to you on your flight back to China. Good week indeed, Mr. Guan. 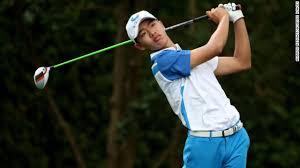 Bitch Tits – Pretty easy to update my Bitch Tits Tax O-Meter when Phil only makes $18,320 for the week. Thanks FIGJAM. Phil was on everyone’s short list of favorites and he barely beat a 14 year old amateur from China. This after he boasted about his new Phrankenwood driver before the Masters began. He earned the top spot here. 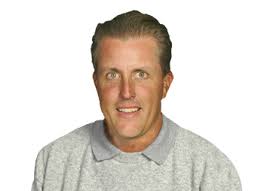 Tiger – Finishing 4th shouldn’t put you here. But when you’re the heavy favorite and you lose because of a penalty assessed to you because you don’t know the rules??? Well…..that puts you here. If he doesn’t hit that pin at 15 on Friday and brushes in a short putt for four, he’s in the playoff. I think Elin has Swedish voodoo spells cast on him.

Kevin Na and Bubba Watson – Tough week for Bubba. I credit him for grinding to make the cut so he could play the day he presented the jacket as the defending champ. I didn’t want to put him here, but he made a 10 on the par three 12th today. So did Kevin Na, who is no stranger to double digit holes. Remember his 16 in San Antonio. Both 1-putted for their 10.

Rosie and Rory – Both ranked in the top 5, both heavy favorites, and both sucked after they made the cut on Friday.

The USGA – Four of the last six majors have been won by anchored putters. Scott’s win with one today further makes the USGA’s pending action against anchored putters more insane. Will the Bluecoats cave?

It’s a shame we have to wait that long to watch the Masters again. Golf just doesn’t get any better than what Augusta National gives us for this week. I’m going to let this one simmer for a while and try not to wake up too depressed tomorrow. Quail Hollow, The Players, and Merion will be here before we know it to get us over the hump.

Hard to beat what we saw today, but we said the same last year when Bubba beat Louis. So I leave you with this, which year was a better and more dramatic finish?

9 Responses to Masters Week: The Finale