Phondi And A Side Of Pimento

And the #twitternerds are a buzz with delightful nuggets about the goings-on already happening on the sacred grounds of Augusta.

Golf’s new power couple, Phil Mickelson and Condoleezza Rice (who I’m calling Phondi) played a practice round together today at Augusta National Golf Club (ANGC). How often do you think the member of the club knows less about the course than the ‘guest’ they’re playing with? I’m think that was the case today. Phil was of course gracious as can be when discussing the former Secretary of State’s game with the media. He gushed at the 40 footer she made at 18 to end her round. Nice double, Condi.

I’m beginning to think that Condi and the other broad they let in this year are going to be focal points of the media this week until the actual golf starts on Thursday. That’s a shame because this really shouldn’t be a story at all. So what, they let women in finally. It’s still a private club and the members are not to be discussed. Please, give us stories about anything else.

In other female Masters news, Rory’s girlfriend who is the number 1 female tennis pro in the world, tweeted that she’ll be in Georgia all week and will carry Rory’s sack…..errrrr……..bag at the par 3 contest on Wednesday. Oh, that’ll be cute. 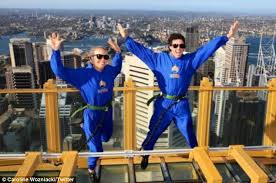 Get me a fucking barf bag.

Enough With The Pimento!!!!!

I’m sure that’s what you’re thinking. I know I keep bringing it up, but it’s probably the best thing about the Masters that you can taste. I gave my rudimentary recipe for pimento/cheese sandwiches in a previous post, but you might want to check out ESPN’s Wright Thompson’s family recipe for a more refined version of this deliciousness. It serves 20.

One and a half teaspoon Worcestershire

Grate cheese coarsely. Add pimentos, Worcestershire, onion, garlic. Use enough mayonnaise to achieve right consistency (it should be easily spreadable but not runny). Add salt and pepper to taste.

Thompson gives a brief history of the artery clogger and what it means to folks from the south in this recent column on ESPN.com. Ok, I promise. No more pimento.

The Masters and all its traditions will be on full display tomorrow when the gates open to the patrons. One of my personal favorites to witness is the players skipping shots across the pond at 16 on to the green. You’ve heard of this I’m sure. If not, take a look:

The clip here of Justin Rose’s effort best shows the downhill lie the players use to hit the ball at an angle that causes it to skip. The clip also shows how far the ball must skip to clear the drink.

Almost every player that comes through 16 on Monday or Tuesday will take a crack or two or three at the trick shot. Martin Kaymer (and perhaps even Vijay Singh) made a hole-in-one here in recent years hitting a skipper in a practice round. The skipped shots at 16 are definitely some of my most vivid memories of my visit to ANGC and it’s something you’re not likely to see anywhere else. As stuffy as the men of the Masters are about certain things, it’s a bit surprising they allow this to go on. While I can’t find any history of the origin of this tradition, the Masters website tells us that skipping balls across the pond at 16 informally carries on the spirit of Bobby Jones and Clifford Roberts. From the earliest days, the co-founders planned special events during the week, such as a long-driving contest and golf clinics. The Wednesday Par 3 Contest was born from this type of thinking.

3 Responses to Phondi And A Side Of Pimento