Like a spring breaker from any campus north of the Mason-Dixon line, the tour has used and abused the state of Florida for the month of March and moved on. This week a (surprisingly) decent field with FIGJAM, Keegan, Stricker, Louis O., Westwood Lee, and even Rory show up in the fattest city in America to attempt to plump up their bank accounts.

For two guys that wake up every morning with a hard on for winning green jackets, Rory’s and Phil’s games couldn’t be further away from ‘major ready’. And this with only 15 days remaining on the calendar until the Masters begins. The Shell Houston Open (SHO) has become a tune up for anyone other than Tiger that is trying to get prepped for Augusta National. The tournament staff running the SHO gets the course to mimic the conditions players will face in two weeks at the Masters with tight chipping and runoff areas, fast greens, pine straw, and light rough. The mimicked conditions are the main reason the tournament has come off life support over the past 5 years. It’ll be interesting to watch the two biggest names in the field to see what improvement, if any, their games have shown since finishing well out of contention at Doral (and even missing the cut for Phil at Bay Hill).

For fantasy golf picks, I’ve got Stricker. I’ve got to change it up. I’m chasing, I know, but he’s not a lock at John Deere this year and he was as good in his last time out at Doral as anyone not named Eldrick. Keegan Bradley is a very popular pick among the pundits. Yes, there are fantasy golf pundits….yeah, fucking nerds, right?!?

When the Tavistock Cup started as an inter-club scrimmage between Lake Nona and Isleworth in 2004 I really enjoyed the event. It was bonus golf during down days of the real tour and March Madness and it offered us an inside look at two phenomenal golf clubs and their tour pro members. Having played Lake Nona a decade or so ago that made it even more fun to watch, knowing the shots facing the players, breaks in the green, etc. Maybe the Monday finish at Bay Hill hurt it or perhaps it feels more contrived with the addition of the clubs that don’t ever even host the event. Whatever it is, Tavistock has become harder to watch. Besides the last few holes and Tiger being on display again, I pretty much slept through (TGC replay of) it just enough to keep waking up to a god damn advert for Primland or a NetJet.

Don’t even get me started on the douchie shirts, the helicopter rides, and the fucking ski boats they pimp all over the golf course. I realize that by adding extra clubs and players they’re trying to grow the event and grab more eyeballs. I think that is fine, but doing it with Bob Tway and Jay Haas isn’t going to cut it.

First off, take out the island clubs or the clubs that are just there to sell lots. We don’t know what they are and they confuse us. We know Tiger has a villa at Isleworth and Poulter lives at Nona. Just let them play for their teams. Second, if you want more players, make the teams bigger. All the clubs involved have plenty to select from. Third, get Whisper Rock involved, yes they’re in Arizona, but how is that different than a team from Oklahoma  or Virginia? Phil and his merry men of Whisper would likely prison sex any of the current clubs in Tavistock. Lastly (barring future Monday PGA Tour finishes altering plans), give it a bit more finality and drama. Start with four clubs and eliminate two of them after day one. Let the players pick opponents and formats, with different formats being played across different matches. Certain teams could be playing alternate shot, while another plays a scramble, four-ball, or even a match with individuals playing for a team point.

Not all of this HAS to be done, but it either needs to be fixed or eliminated. It also might be a good idea to make the whole thing a bit more charitable. Personally, I don’t give a fuck that millionaires are playing golf on a weekday to sell lots and houses, but a bunch of sniffling whiners that think this is an exhibition of rich people wiping their ass with money complain about it. The simple fix is to sell more ad time and give more money from it all to charity. Then promote the fuck out of said charity to shut the cry babies up.

Right now you’re probably thinking….huh? Mr. ShutFace is going to talk about women’s golf? Has this chauvinistic pig (which, I’m not……really, I’m not) lost his fucking mind from watching too many Lifetime movies?

No, no, no…..bear with me here. I’m merely going to let you know that Beatriz Recari (can we just call her Bicarti?) won the Kia Classic over the weekend for her 2nd win on the LPGA Tour. Why should you care? Duh. She’s hot, and now you get to see plenty of her pictures here: 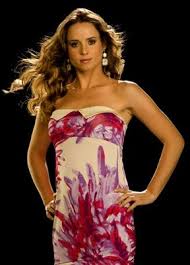 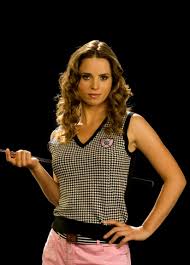 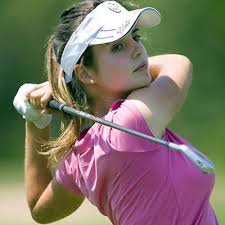 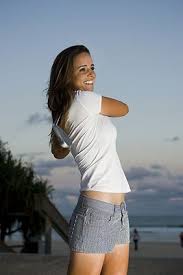 If you follow golf, you’ve probably heard of the 25 year old Spaniard. If not, #urwelcome for the introduction. Yes, she is attractive, and yes, she can play, but what is interesting about her is that she was once anorexic. That’s the starve yourself version of an eating disorder, not the eat like a pig and barf version. Recari now is an advocate for those suffering from the disorder and is involved in several campaigns to combat it. You see girls, you can do anything if you eat right, just don’t eat too much.