It Is Good To Be The King

Arnold Palmer had dinner with supermodel Kate Upton. I’m not fucking with you. This isn’t some kind of Hugh Hefner punchline. How did this happen? You never know who you might meet on a golf course and how that will impact your life someday. The Associated Press tells us that Upton’s manager, Lisa Benson, got her job at IMG via Palmer some time ago. The job opportunity occurred because Benson’s father is from Punxsutawney and used to play golf regularly with Palmer at Latrobe Country Club. Papa Benson leaned on Arnie, who leaned on IMG to get Benson an interview and POOF!!!! Benson works for IMG, reps Upton, and now the 83 year old legend and the 21 year old supermodel are dining companions.

Arnie, where is your left hand?

At the urging of her parents, Upton thought she should meet with Palmer and see the work he is doing with his hospitals. She’d also like to be involved in the promotion of Arnie’s tea/lemonade drink. I find it odd that of all the weeks she could do decide to meet Palmer she picks the week of the tour’s event at Bay Hill to show up. Maybe I’m a cynic, but methinks she is a bit of a fame whore. Or perhaps she’s scouting the tour for a new guy.

You might recall that I told you she was getting pounded by Justin Verlander on the regular just a short time ago. That has ended as both of them made it known to the world via Twitter that they broke up. There’s also a bunch of interweb rumors about her having a bun in the oven. Hey, that would explain swollen tits and the extra flesh she’s toting around this season.

Whatever the case, the fucktard that knocked her up should be punched in the nads by every man in America. HE HAS RUINED HER!!! Maybe that’s why she’s really meeting with Arnie tonight. She’s asking him to adopt her bastard love child! 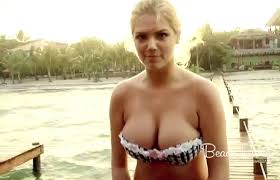 Men Of The People

Having discussed Upton in a post just 6 weeks ago I really didn’t want to bring her back into this realm again so soon. Yet, here she is flinging herself upon the golf world once again  which makes it my duty to show her to you. The people have spoken and they said (loudly) they want more Kate Upton. I’m a man of the people, like Palmer, so I give you what you want. 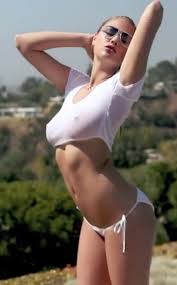 With 7 majors, 62 tour wins, Arnie’s Army, countless acts of charity and goodwill it’s easy to idolize Arnold Palmer and hold him in high esteem. Very few legends still walk the earth, however, Palmer is without a doubt one of them. For his sake, I hope he bangs Upton so hard she can’t walk tomorrow. It’s the only thing I can think of that would make up for the fact that Arnie never won a PGA Championship. 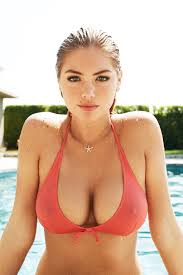 What?!? You don’t think it could happen? Just look at the first picture in this thread of a much younger Arnold. He was a pussy magnet. Probably could have got ass like a toilet seat if he weren’t such a devoted husband. Plus, he’s got legend status. If she has one tiny spec of unresolved daddy issues to deal with this could easily happen. He’s no Mark Steffenhagen.

This entry was posted in WAGS and tagged bun in oven, Kate Upton, Mark Steffenhagen, The King, Verlander. Bookmark the permalink.

1 Response to It Is Good To Be The King