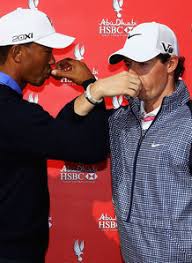 The news of the day was Rory calming the rough waters he stirred up last week by leaving the Honda early. Rory had a lengthy presser in Miami to say nothing but, “I’m sorry, I shouldn’t have done that, and I’m still dating the homely tennis chick”. He also indicated that he needs to get back to having fun on the golf course and fix his swing. Easier said than done. Kudos to Rors for spilling his guts and giving the media such refreshing/honest answers. This whole “quit” thing should be dead and buried by next week and the golf scribes will move on and discuss only his golf game, good or bad, from here to Augusta.

I’m not expecting much from either of the guys wearing a $woosh. How could we? They haven’t played the weekend in the same tourney yet this year! The WGC event has no cut and the course isn’t overly difficult in comparison to last week. The weather looks to be great all four days too. Expect red numbers and plenty of birdies. While I don’t think Rory and TW will contend, the factors I just mentioned should help them finally break par and build some confidence. Just an FYI, McIlroy has yet to break par this year and Tiger didn’t break par once last week for the first time since his disastrous 2010 edition of the WGC at Firestone. Who do I have? Hunter Mahan. I stayed away from Geoff Ogilvy because he seems to be a popular pick. I’m sure I’ll regret it.

Yes of course Tiger and Rory are U.S. Open champs. Bet you probably forgot that Webb won the open just last year, didn’t you? Maybe his switch from the beloved Polo sponsorship to Izod has caused your attention to him to fade. It’s possible, just look at those Mr. Rogers cardigans he was wearing out west…..blaaaaaaaarrrrrgghhhh……awful.

More likely he’s just a bit off your radar at the moment because he hasn’t played that well in 2013 (yet). I think he’ll ratchet his game up a bit with the tour’s shift back to the Florida events and nicer weather. This trend could start as early as tomorrow. The $woosh boys will get all the press, but Webb will likely beat them both by just plodding along, fairways and greens, and poof…… there he is on the first page of the leader board for the weekend. 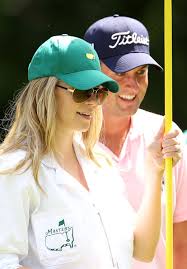 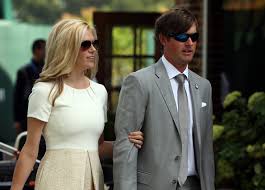 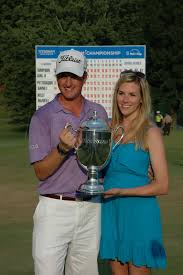 Yup. Webb’s got it good. God bless the ladies of the South.

Blow It Up! Trump Will Leave His Mark

Like him or not, Donald Trump is the host of all hosts this week with the tour at his place in Miami. He bought Doral last year and has already put his sticky finger prints all over the place. After the final putt drops on Sunday he’ll blow up the TPC Blue Monster course and give it a make over (he’ll re-do any course he buys but can’t change his stupid fucking hair?).

Trump hired architect Gil Hanse (also doing 2016 Olympic course in Rio) to remake the Blue Monster. The Donald says they’re doing massive changes and went on to describe them as such: “The first hole, an easy par 5, will be extended 100 yards with a lake to the right of the green. The par-3 15th hole will be turned into an island green, and the green on the par-3 ninth will be moved to the right along the water that guards the 18th green. This will allow the tee on the par-5 10th hole to move farther to the left so that the tee shot is over water.” Sounds like a brand new course, doesn’t it?

The good news is he doesn’t plan on changing anything on the 18th hole. Why bother?  It is one of the hardest holes on tour every year. From what I’ve seen elsewhere when Trump buys a course, he puts up ugly water falls, fountains, and gimmicky bullshit everywhere (think Caddy Shack 2). We’ll have cross our fingers, hope for the best, and wait until next spring to see if the face lift looks like Joan Rivers or Jennifer Anniston.