Ahmad Shows Up In My Dreams Of Kate Upton Too

Last Thursday when the golf world stopped to mourn the (1st round) losses of Tiger Woods and Rory McIlroy visions of the the $woosh power couple playing together in a Sunday match play final quickly dashed from our heads. Some of us even went as far as to come up with exotic ways to save the tournament by pairing the stars together somehow, someway, for the weekend. Then a funny thing happened on their way to the airport. Rors and Tiger made eye contact in the parking lot while slamming trunks, texted before wheels up, and set a play date back home in Florida for Sunday morning at Tiger’s home club.

Sounds like a dream, doesn’t it? The best two players in the world playing 36 holes… …..perfect. Wait, what??? It isn’t going to be on TV!!!!!! Fuck!!!!!!! Did it really happen? Yup, Rors talked all about it at his Tuesday presser. The witness to the match? Ahmad Rashad. Saythefuckwhat? Yeah, Michael Jordan’s old pal is now apparently hanging on Tiger too. I have no idea why, maybe he gives hand jobs that don’t make the superstars feel too gay? However it happened, Ahmad Fucking Rashad — the man who’s killing TGC’s Morning Drive talk show almost all by himself, is the only turd burglar on the earth that was lucky enough to watch 1 versus 2 last weekend on the golf course. Wasn’t nailing Mrs. Huxtable behind Cliff’s back enough for you Robert Earl Moore (Rashad’s birth name, FYI)?!? 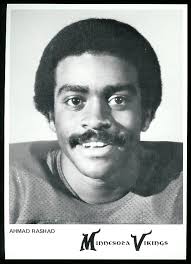 According to McIlroy the group had a ball in the air around 8 am, played 36 holes in carts, and he was home by 1:30 pm. #Speedgolf is how he described it. Sounds even more fun. Not a peep mentioned about what they played for or who won, only that this was Rory’s first trip to TW’s home turf and Mr. Woods was very accommodating in providing his guest with proper targets, lines, and other local knowledge. Do you think if this match aired on a different network opposite the Mahan/Kuchar final it would have drawn 10X the audience, 20X, more?

I know, Rory fever can be exhausting. I’m not that keen on this one but I feel obligated to comment and pass it along. Rory inked a deal with Bose (yes, the headphones) and it was announced at a media event on Tuesday. Perhaps he really likes the product, or perhaps that one round with Ahmad was enough for anyone to desire noise cancelling headphones, but I’d bet it was the Brinks truck from Bose showing up at his door that gained his interest in the deal. Whatever. Here’s a 30 second clip of the tricks he did for the media. Yawn. It made me look at the kid like he was a trained sea lion doing tricks at the aquarium.

What Is The Capital Of Thailand?

If you answered Bangkok, just go ahead and punch yourself in the nuts right now. What? You don’t know that joke? Ask your buddy that next time you’re walking down the fairway and when he gives you the answer, grab your wedge by the heel and goose him in the nards with the grip. That’s how that little bit of dick/fart humor works.

In all seriousness, that was my lead-in to the recent news about Creamy Paula… …errrrrr……. Paula Creamer, her caddie, Ai Miyazato and Suzann Pettersen being involved in a 5 car pile up on a busy highway in Thailand. The accidents occurred while the players were en route to the airport following the LPGA’s most recent tourney. None of the players were driving and each of them describe the ordeal as an out of control, fast-paced, bumpy ride from hell.

Creamer suffered a minor injury to her shoulder and whiplash. No one else was hurt. While I read this I kept picturing the chase scene in Hangover II when Leslie Chow’s Lexus rips through Bangkok with a wounded monkey in the back seat. Feel free embellish on that visual by drawing comparisons to the LPGA stars involved and the characters in the movie. It works.

The Honda Classic was nothing but a blip on the radar to most golf fans until it moved to PGA National in 2007. PGA National was designed by Jack Nicklaus so it’s no shock that when the tourney moved to its current location Jack became a little more involved. Jack’s presence raised the tournament’s status to where it is now seen as an upper echelon event. It doesn’t hurt that it is also centrally located to a part of the Sunshine State that a gaggle of tour pros call home.

What I like about the course is the closing stretch of holes commonly referred to as the Bear Trap. Acres of water come into play, risk reward shots are attempted, and two nerve racking par 3s can jump up and snatch defeat from the jaws of victory to any contender hitting a wayward shot. The rest of the course is fairly nondescript from what NBC shows during its telecast and bores me like most Florida resort courses.

Due the recent raised status of the tournament the field is stacked with elite players and fun pairings (<—-click that, that word right there, it’ll show you the pairings, no shit…) that include Tiger with DJ, Els with Rory, and Keegan with Beiber……errrrrr …….Fowler & Westwood. The weather shouldn’t be an issue which makes it possible for the tour to actually have a normal week sans delays. Fantastic. I can’t wait to watch because I am getting six more inches of snow right now and this is all I’ve got to get me through a few more weeks of this bullshit weather. Who do I have? Oh yeah, I’ve got Charl in this one. The Ponte’ Vedra Mafia sure had a sense of humor when they made his pairing. They stuck him with Russ Henley, the player that defeated him in round 1 of the match play last week.