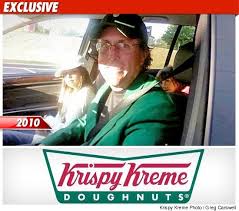 Phil Mickelson opened his mouth to complain about his taxes last week just to make a point. The media bought in, listened to what he said about paying too much, Phil took a beating, and has since apologized. I haven’t felt the need to comment on it as I thought it was too boring for this audience to waste their time reading about. However, the readers have spoken, and they’ve demanded that I discuss Phil’s taxation issues, so I must give them what they want. I honestly don’t have an opinion either way on what he said, but I don’t think he should have addressed it when and where he did so.

Phil does these (stupid) things from time to time, like when he WD’d from the Memorial last year to protest the heavy cell phone use he found annoying. By all public accounts Phil Mickelson and his wife Amy are some of the greatest and most charitable human beings on earth. Phil is a man of the people, he leaves Super Bowl tickets for the average Joes, signs autographs until sun down, treats his caddie like a brother, and is the consummate family man. It’s not like he has a love child in Ohio that he’s a dead-beat dad to.

I think he stepped in it a bit with this one by drawing attention to what the #twitternerds call #richpeopleproblems. You make that kind of money, have planes, mansions, etc., you need to do your bitching about your taxes to your senator. I’m not a Phil hater, but I think he’s deserving of some shit for this, which means I’ll be keeping a running tab on the right side of the screen for you to see the 62% of his paychecks that he’s not getting. I wonder if he’s getting deductions for his gambling debts? For this exercise I’ll only tally taxes from tour checks, no appearance fees, no endorsement money. It’s simple math and for entertainment purposes only. Now for the unveiling………..drum roll………..I GIVE YOU, THE BITCH TITS TAX-O-METER!!!!!!!!

Can we please get back to golf? There’s an event starting tomorrow with Tiger and the Taxman and all kinds of good shit happening at the PGA Show in Orlando. Don’t these guys have anything better to talk about?