Have You Seen This Man?

Did you forget about Jason Day? I did. In 2010 he won on tour and in 2011 showed he was ready for super star status with back-to-back runner up finishes in majors. As the calendar turned to 2012 Day’s game fizzled and left golf fans wondering why. Personally, I figured it had something to do with that awful hillbilly mullet he grew. Did you see that thing? Disaster…. an absolute Billy-Ray Cyrus cluster fuck. In the picture below, it appears that he killed a raccoon and is wearing the pelt on his head. How can he even make a good shoulder turn with those locks in the way?

Apparently it wasn’t the redneck douche look that threw off his game. Yeah, I know, I can’t get past the hair theory either. However, the ‘truth’ is that he was held back by injuries to his back and foot all while being distracted by the pending birth of his son. After a month off to heal he returned to the tour with a slew of missed cuts and mostly poor play. His T4 at Vegas in October has been the only sign of hope for a more prosperous 2013.

Early reports on his game for this year are good, but I’m not ready to pick him to win just yet. He moved to Columbus, Ohio to be closer to his wife’s family (we’ll stalk her…..errrrr……..I mean, discuss her later). C-bus for the holidays is not exactly a PGA Tour member’s dream for off season practice sessions and I don’t think it is a coincidence that the timing of the Day’s move to Ohio syncs up with his recent struggles. I suspect he’ll need to play a few tournaments just to knock the rust off his game before he can again think about contending.

Day makes his 2013 debut on Thursday at the Farmer’s Open in San Diego. He’s in a field littered with stars and has been featured early and often this week as part of Adidas’ new campaign for the #Adizero shoes. I suspect he’s also playing the new R1 driver from Taylormade.

We need Jason to get back to where he was and rise from the depths of his Anthony Kim-esque fall. Do you know why? That’s right, a healthy golf game and big win from Jason means……. MORE ELLIE HARVEY-DAY.  Mrs. Day gained minor fame as the delightful young flower who stole the show at the 2011 Masters when CBS had a #Musburger moment. Her minutes of fame pushed this poor, unsuspecting girl into the lives of creepy internet perverts throughout the golf world while making us wonder if she was just as hot without the shades ( known as sun glass-hot). 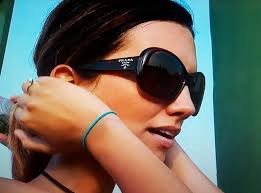 Due to Jason’s struggles, we haven’t seen much of her, if any, during our weekend golf viewing. If you didn’t have a reason to root for the return of Day’s form, now you do. 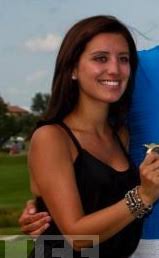 So good luck Jason and play your best. We’re all hoping for a great 2013 from you and a little more Ellie.

5 Responses to Have You Seen This Man?