Did you hear that, the sound the title of this post describes? No, that’s not the loud queef of the hotel maid that Slick Willy just nailed in Palm Springs. That’s the sound you hear when the 3 biggest stars in golf all start their years by playing like giants turds. I stayed up half the night to watch that shit in the middle east? Thanks Rory, TW, and Nike. There was one lowlight in Abu Dhabi worth noting. Tiger duffed a driver on his tenth hole. An absolute 24 handicapper drop kick/6 inch fat/topped worm burner.  If you didn’t see it, the clip is below. Best description of it I’ve seen came from Jason Sobel’s #tweeter. Sobel said, “Tiger Woods drive on the first hole (TW’s tenth) should be referred to as a Waffle House. Scattered, smothered, chopped, and chunked”. Seems about right. Listen closely for the four letter tirade from Woods.

Then in North America at the Humana event Phil was walking the California desert with the meat sweats. What else should I have expected from him? At least he wasn’t part of the broadcast on TGC and we didn’t have to suffer. He shot even and he’s about 30 pounds…….errrrr……. spots off the cut line in about 109th position. He did tell the press he’s been practicing well and wasn’t that unhappy with a 72 after ‘skanking’ it around. Yes, Phil said ‘skanking’ (he must be hanging out with Clinton this week). It’s just one round, perhaps he can take it deep tomorrow and actually make me want to watch this event over the weekend. Side note, Bitch Tits Mickelson looked a little tubby. I suspect he’s been in his Five Guys franchises a bit too often of late. He also told the post-round reporter he was feeling ill. Anymore excuses? 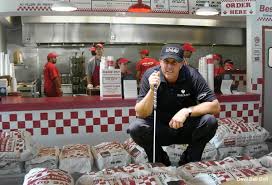 Russ Henley is back at it and playing great. The young buck from Georgia could win again this week. If he did, what would it mean? Not much. Remember, Jhonny Vegas nearly pulled off two early wins in 2011 and he hasn’t sniffed it since. Former amateur No. 1 Patrick Cantlay is also hanging around the top of the leader board and could be fun to watch. In Fantasy Golf, I’ve got Tim Clark. He performed about like Phil which is surprising for as hot as he was closing his final round last week.

If all else fails and the golf is worthless, please revert to the Sir Nick Faldo drinking game rules. I’ll repeat them one last time for those of you that missed it last week.

The Nick Faldo Drinking Game; every time Sir Nick says a phrase or word that is germane to the UK, take a shot or finish your drink. If Nick pumps a certain product he endorses, that’s two shots or two drinks. If Nick makes a reference to a player being a youngster or some term of that ilk, drink. If Nick critiques a player’s trousers, drink. Any swing analysis, drink. Etc.

Please feel free to add more rules to the Faldo game and pass them along to me. Good luck.

Shutfacegolf.com is hitting it’s first mini-milestone. The site is nearing two weeks old and it is starting to gain popularity and a decent following. I sincerely thank each of you for reading my bullshit and hope you’re being entertained and informed. Please don’t forget to #tweeter, share with with friends, and for god’s sake……leave a fucking comment I can publish. Four letter words are welcome.