FUGLY (the R1 has arrived)

Posted on January 5, 2013 by shutfacegolf 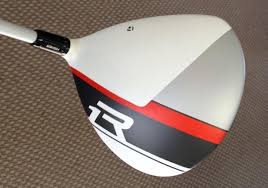 FUGLY, that’s fucking-ugly to those that don’t know. Is there any other way to describe Taylormade’s re-market of the R11s. It’s a new paint job, a bad one at that, IMO. I’m sure they’ll sell plenty and I’m not anti-Taylormade (I own an RBZ that I also think is ugly), I’m just not up for spending that kind of cash on a club that reminds me of grandpa’s old tube sock with that look.

Compared to the new Titleist 913s, judging by looks, its no contest. Now I have to see which one wins on the launch monitor.

This entry was posted in Equipment, Uncategorized and tagged rbz, Taylormade R1. Bookmark the permalink.